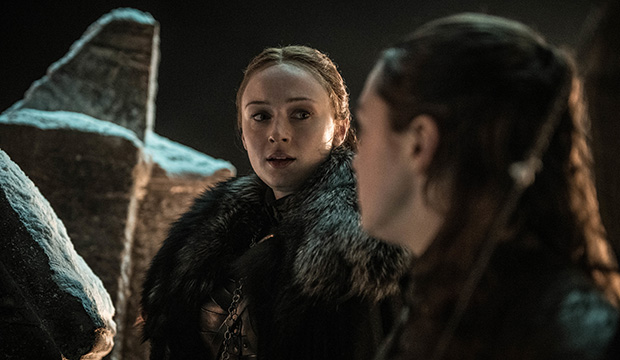 Seven could be “Game of Thrones”‘ lucky number this year for its actors. Its main seven stars, Peter Dinklage, Lena Headey, Nikolaj Coster-Waldau, Emilia Clarke, Kit Harington, Maisie Williams and Sophie Turner, have never all been Emmy-nominated in the same year (all seven have never been nominated at least once period), but 41 percent of our readers believe that this eighth and final season will finally be the year for a “Thrones” acting takeover.

Of the seven, Dinklage is the only one who’s been nominated every season so far and the only “Thrones” star to have won, so he’s the safest of them all. He’s gunning for his record-breaking eighth nomination and fourth win in the supporting category; he’s currently in a tie at three with Aaron Paul (“Breaking Bad”) after victories in 2011, ’15 and ’18. Dinklage prevailed last year over Coster-Waldau, who’s seeking his second straight bid on the strength of the Jaime Lannister Redemption Tour.

SEE Will the main 7 ‘Game of Thrones’ stars all get Emmy nominations?

Headey is the second most nominated star, as she’s going for her fifth bid in drama supporting actress. Like in 2016, when she was up against two co-stars, Clarke and Williams, she could be in the same position again, this time versus Williams, who’s going for nomination No. 2, and Turner, who’s the only one of the seven who has yet to be nominated.

Going 7 for 7 will be hard to pull off, and 22 percent feel that only five will make it in. Since Clarke and Harington missed last year in lead, they could very well be sidelined this year. But they are helped by a number of open spots in their respective categories.