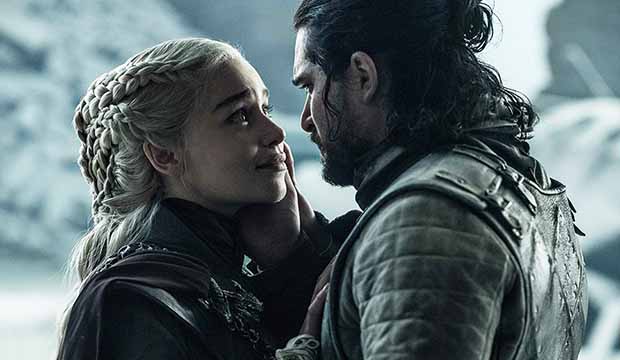 We thought there might be a “Game of Thrones” bloodbath at the 2019 Creative Arts Emmys, and that’s what we got, though it wasn’t a clean sweep. On Sunday night, September 15, the HBO epic fantasy series won 10 awards. That brings its all-time total to 57 wins, with more categories to come during the main Emmys telecast next Sunday night, September 22. That’s more awards than any narrative series has ever won at the Emmys. The only series it trails in any genre is the sketch comedy “Saturday Night Live,” which has had the benefit of 44 years on the air. Scroll down to see everything “Thrones” has won so far.

On Sunday night, “Thrones” won awards for its casting, costumes, main title design, makeup (non-prosthetic), music composition, picture editing, sound editing, sound mixing, stunt coordination, and visual effects. Five of those awards were for “The Long Night,” the epic battle episode which featured the final showdown between the army of the living and the army of the dead at Winterfell. The all-time record for the most wins for a single episode of TV is six, currently held by the “Boardwalk Empire” pilot and another “Thrones” installment, “Battle of the Bastards” (2016).

So the show could win a maximum of 17 awards this year, which would shatter the all-time record for the most awards won by any program in a single year. “John Adams” currently holds that record with 13 (in 2008), so “Thrones” only needs to win three more times to tie, and four more times to break it. How many prizes do you think the show will win next Sunday night? Check out all of the show’s wins below.