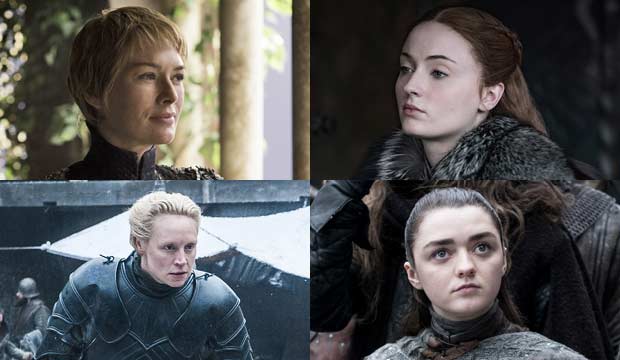 Before Emmy ballots were released to the public on June 10 we knew “Game of Thrones” had submitted Lena Headey, Maisie Williams and Sophie Turner for Best Drama Supporting Actress consideration, but it turns out Gwendoline Christie is on the ballot too for her fan-favorite role as Brienne of Tarth. I think there’s a strong chance all four women will make the cut, which would be historic in two different ways.

For starters, no drama series has ever had that many supporting actresses nominated in a single year. Lots of shows have gotten three, though, including “Lou Grant,” “L.A. Law,” “The Practice,” “Grey’s Anatomy” and “The Handmaid’s Tale” just last year, to name a few. Even “Game of Thrones” pulled that off in 2016 when Headey, Williams and Emilia Clarke earned bids in that contest. But no drama has ever gotten four.

It would also be momentous because it would bring the show’s all-time total of nominations in the category to 12. That would be the second most nominations any show has ever gotten in the category, just shy of the 13 bids “Hill Street Blues” accumulated during its run. Currently “Lou Grant” and “The West Wing” are tied for second place with 11 apiece. “Thrones” would join that tie if it gets the nominations for Headey, Williams and Turner that we’re already expecting, but Christie would put the show over the top.

According to the combined predictions of thousands of Gold Derby users, “Thrones” is already forecast to earn three nominations in the category: as of this writing Headey is tied with Julia Garner (“Ozark”) with leading odds of 9/2, followed by Williams in third with odds of 5/1 and Turner ranked fifth with odds of 8/1. An extra nomination for Christie is certainly plausible given her strong storyline in the final season, when she was knighted and got her heart broken by Jaime Lannister (Nikolaj Coster-Waldau).

It also makes sense since the category is so wide open. Of last year’s seven nominees, the only one eligible to return is “Thrones” star Headey. The erstwhile Cersei Lannister was all alone representing the show last year. It looks like she’ll have company this time around. It’s just a question of how much company.