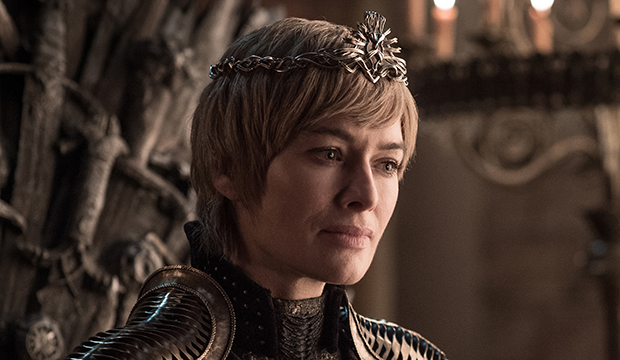 After a 20-month hiatus between episodes, HBO’s fantasy epic “Game of Thrones” returned to the airwaves on Sunday, April 14 for the premiere of its eighth and final season. The episode, titled “Winterfell,” featured several high-profile reunions and introductions while still moving the apocalyptic battle forward between the living and the dead. Our readers have been devouring every aspect of the hour in our fun and fiery TV forums, where reactions are ranging from “fantastic start” to “slow and mediocre.”

What did YOU think of the “Game of Thrones” Season 8 premiere, written by Dave Hill and directed by David Nutter? Read a brief sampling of our forum posters’ comments below and then be sure to join the discussion to give us your thoughts.

thatnerdgreg: “Fantastic start to the season! I particularly loved the scene between Jon and Sam. Thought Kit Harington was this episode’s MVP, though everyone else was on their A game.”

paulsonalypse: “Darlings I found it slow and mediocre. They wasted Queen Cersei (Lena Headey) as expected. She delivered an iconic line, ‘If you want a whore, buy her. If you want a queen, earn her,’ and then she let him … Seriously?”

kellis: “Wigs snatched. Tea spilt. Reunions galore (minus Ghost). Cinematography off the charts. Give me the rest of the season now please.”

wattsgold: “I may be in the minority, but with six episodes left, I do not care at all for having a full reunion episode. The lineage plot twist is just a cringe fest.”

DuBoisBlanche: “The episode was ok for a comeback. Even though it’s the eight season the plot needs to be set and I think they did a good job. Those who were expecting something different than a intro to what this season will be is delusional.”

Mukund: “I expected Jon riding a dragon to be a big thing but it seems no one even cared. The scene itself was brilliant though. They are certainly not slowing things down. I don’t think I liked how Jon found about his parentage.”

MD: “I think Kit was great in the reveal scene. His face changed completely and you could tell he was troubled but at the same time relieved for finally finding the answer he’d always been looking for.”

paulsonalypse: “The Jon x Daenerys scenes were at least cringe-worthy seriously. The moment Jon kisses her and Drogon looks at him as if what? Beyond awkward. Guys I can’t … the dialogue was just brutally destroyed.”

Tyler: “Pretty underwhelming, but not bad. Love the poetic justice of that final scene.”

Reis: “My favorite premiere. Jon and Dany scene with the dragons, I must confess that I cried a little. Everything is so beautiful.”