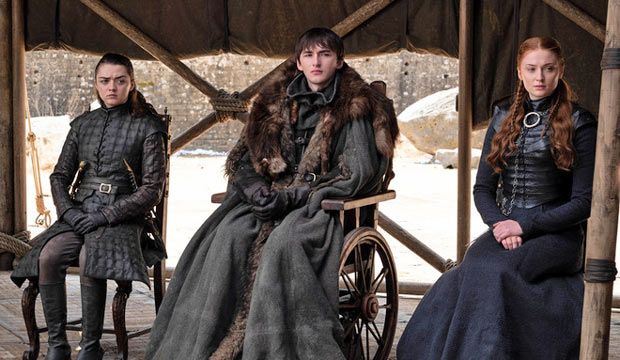 Warning: the following story contains spoilers from the May 19 series finale episode of “Game of Thrones,” titled “The Iron Throne.” Read at your own risk!

After eight years, 73 episodes, one coffee cup and countless signatures to try to redo the final season, HBO’s fantasy epic has finally flown off into the sunset. By now you already know that “Game of Thrones” ended with Bran Stark (Isaac Hempstead Wright) becoming the king of the seven six kingdoms following the murder of Daenerys Targaryen (Emilia Clarke) at the hand of Jon Snow (Kit Harington), but what do the fans have to say about the final episode?

SEEEmmy spotlight: It’s the last chance for voters to bend the knee to Lena Headey (‘Game of Thrones’)

Our readers have been discussing every aspect of “Game of Thrones” Season 8, Episode 6 in our fun and fiery TV forums, where reactions are mostly focusing on Daenerys’ death and the final journey of the remaining Starks. Of course, not everyone was pleased with the series finale. Read a brief sampling of our forum posters’ comments below and then be sure to join the “Game of Thrones” discussion to give us your thoughts.

Kellis: “The Daenerys ending with Drogon carrying her away was done beautifully (I’m so pissed that we didn’t get another shot of Drogon).”

Nikhil: “Alright, set me on fire. I think the last episode was excellent. It’s still the second worst season in the show, and I wish they kept it slow. But I thought this episode was intense, crushing, and a fitting ending to an all-time awesome show.”

DvirBA: “The writing on this episode was spectacular, and I don’t care what anyone says. IMO this is the best episode of season 8, and a beautiful ending to the show.”

paulsonalypse: “Eddard would have been so proud of his girls. THE STARKS did that. Pretty emotional.”

WildforFilm: “Veryyyyy satisfied with this ending. Nice for a show like this to actually end on a somewhat positive note. Loved that the obvious didn’t happen with Snow taking it and Drogon burning the throne and leaving with Dany was surprisingly emotional.”

Mafro987: “That really wasn’t that bad, and doesn’t deserve the overwhelming hate it will obviously get. But it wasn’t consistently good either. Overall this season was better than season 7 for sure.”

Cobalt Blue: “The finale was extremely disappointing. Certainly, to me anyway, the entire series was about Daenerys’ journey more than anything, and in the final episode, after eight seasons of her going from nothing to the top of the world, she is quickly dispatched so that Bran freaking Stark can be anointed?”

kvothe_snow: “Yes, Bran becoming king was the most random thing ever in the ‘GoT’ series. How was Tyrion convinced that Bran would be a good king?”

wattsgold: “And a minute of silence for that whole ‘Jon is the true heir’ … maybe they kinda forgot it was a major revelation and plot point in the last two seasons.”

Thatcher: “Peter Dinklage is a phenomenal actor but he’s too much on screen. Sophie Turner needed more screen time and more to do to be honest. She’s probably the most consistent actor left on this last episode.”

“Game of Thrones” currently leads Gold Derby’s Emmy predictions for Best Drama Series, but how might the series finale affect its chances?