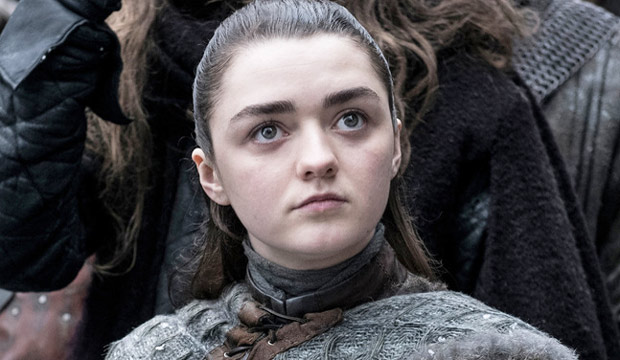 Warning: the following story contains spoilers from the April 28 episode of “Game of Thrones,” titled “The Long Night.” Read at your own risk!

After eight seasons, the battle between the living and the dead is finally over, and we have none other than Arya Stark (Maisie Williams) to thank for it. When all seemed lost and the Night King’s (Vladimir Furdik) zombie horde was about to take control of Winterfell, along came the youngest Stark daughter with her trusty Valyrian steel dagger. Arya stabbed the uber villain in the chest and then watched as he, and his entire army, turned into icicles.

Our readers have been discussing every aspect of “Game of Thrones” Season 8, Episode 3 in our fun and fiery TV forums, where reactions are mostly focusing on Williams’ outstanding performance. Is the actress, age 22, on her way to winning her first Emmy Award as Best Drama Supporting Actress? Read a brief sampling of our forum posters’ comments below and then be sure to join the discussion to give us your thoughts.

Kellis: “Oh my god I- Maisie just won the Emmy. What did I just actually witness?”

AayaanUpadhyaya: “What a stunner of an episode for Maisie. And Arya saving the whole damn show. I’m shook.”

Wattsgold: “This just deserves an Oscar. The music is heavenly, everyone brought their A game, history was made.”

Lacourseauxetoiles: “Told you Maisie is the best.”

paulsonalypse: “MY GOODNESS. THIS EPISODE.”

Methaddiction: “Well that was a f***ing lot. Maisie has the Emmy.”

Guest 2018: “Do you dudes and dude-ettes realize JUST HOW MUCH XP Arya got tonight???”

Kay: “Just as I changed my #1 in Supporting Actress to Maisie Williams earlier today!”

Including Williams, HBO is submitting seven cast members on the 2019 Emmy ballot (see list below). More names might be added by the network at a later date. Also note that performers not included on this list may well be submitted by their personal reps. To date Peter Dinkalge is the only “Game of Thrones” actor to win an Emmy, prevailing in 2011, 2015 and 2018.