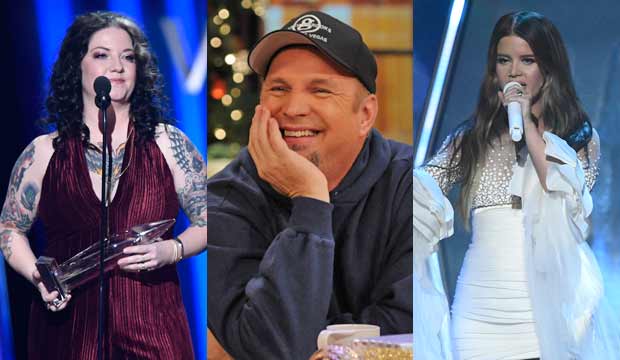 It was a night celebrating women, until all of a sudden it wasn’t. Garth Brooks won Entertainer of the Year for the third time in four years and for the seventh time in his career at the 2019 Country Music Association Awards, defeating Carrie Underwood, who has still never won that award and has only ever been nominated twice despite being one of country music’s biggest stars of the 21st century. Check out the complete list of winners here.

Parton and McEntire joining Underwood as co-hosts seemed to signal that the Country Music Association might end the drought for women in the top category, but it wasn’t to be. Underwood opened the show by leading a group performance with legendary female stars including Tanya Tucker, Sara Evans, Martina McBride and more, but Underwood came away empty-handed after Kacey Musgraves upset her to win Female Vocalist of the Year and Maren Morris won Album of the Year for “Girl.”

Apart from that twist ending, though, the CMAs really were ladies’ night — to an extent. In addition to Morris’s victory for Album of the Year, Ashley McBryde claimed New Artist of the Year, and the Music Video of the Year prize — announced the morning before the telecast — also went to Musgraves for “Rainbow.” Brooks even used his Entertainer of the Year acceptance speech to sing the praises of McEntire and Kelsea Ballerini‘s performances.

But alas, when it comes to the top award, there’s still no country for women.