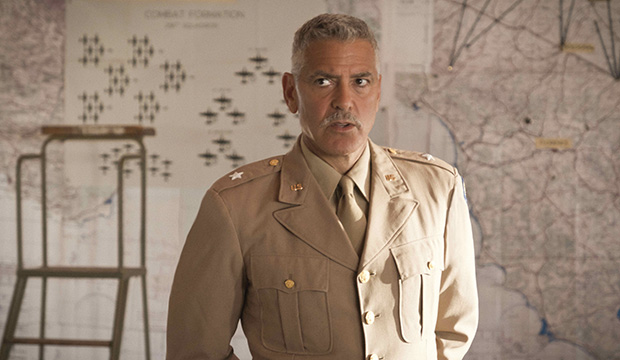 George Clooney has two Oscars, but he’s never won a competitive Emmy, despite becoming a huge star on television. But that could finally change this year with his Hulu limited series “Catch-22.”

Clooney is currently in second place in our Best Limited Series/TV Movie Supporting Actor odds, behind Ben Whishaw (“A Very English Scandal”), and he has the backing of two of our Experts, Ben Travers (IndieWire) and Gold Derby’s own Tom O’Neil, to take the crown. He could have up to three chances to win an Emmy, as he’s also an executive producer on the show, which is sitting outside the top five in sixth place in our Best Limited Series predictions, and he also directed two of the six episodes, so he’d have to submit one for that category.

Clooney’s Emmy history isn’t as robust as you might think, even without a checkmark in the win column. Though he was on “ER” for five seasons, he only received Best Drama Actor bids for the first two years, in 1995 and ’96. It took another 14 years before he got his third and most recent nomination, for producing Best Variety Special nominee “Hope for Haiti Now” in 2010. That same year, the TV academy honored him with the Bob Hope Humanitarian Award, which was presented to him on the show by his “ER” other half Julianna Margulies, who is in contention herself this year with “The Hot Zone.”

To be fair, Clooney didn’t do a whole lot of TV after leaving “ER” in 1999; he starred in and produced the 2000 live TV film “Fail Safe,” and twice returned to “ER” for a surprise cameo for Margulies’ final episode in 2000 and for a guest spot during the final season in 2009. “Catch-22” marks his first series regular role since “ER” and, you know, becoming an Oscar-winning A-list movie star and Hollywood statesman.

SEE Doug and Carol forever! George Clooney and Julianna Margulies could have an ‘ER’ reunion at the Emmys

Clooney was originally slated to play Col. Cathcart in the adaptation of the Joseph Heller classic, but later gave himself the smaller role of Scheisskopf to accommodate his directing obligations. Kyle Chandler replaced him as Cathcart and is in third place in our odds, followed by Norbert Leo Butz (“Fosse/Verdon”), Paul Dano (“Escape at Dannemora”) and Eric Lange (“Escape at Dannemora”).

All six episodes of “Catch-22” hit Hulu on Friday, so at the very least, it could benefit from recency bias.