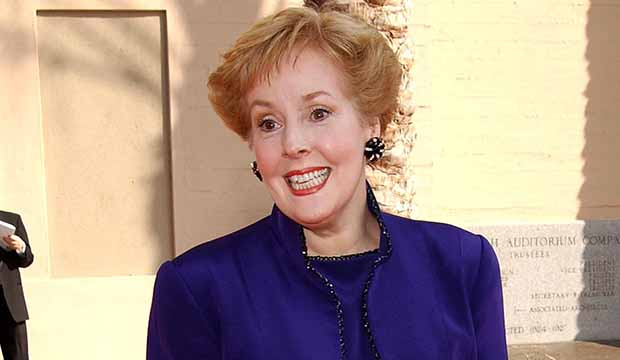 Back in the 1970s, it was perfectly OK to stay at home on a Saturday night because we had our friends from “The Mary Tyler Moore Show” to keep us company. They formed a bond with their audience to the extent that the characters seemed like real friends to audience members. So as the cast slowly slips away from us it, each loss feels personal. Actress Georgia Engel, who joined the cast later on as Georgette, the girlfriend and later wife of Ted Baxter (Ted Knight), is now dead at age 70. Our special appreciation article takes a look at her career.

In the famous “Chuckles Bites the Dust” episode of the show, the minister at the clown’s funeral quotes the poet John Donne, saying “Any man’s death diminishes me, because I am involved in mankind” so ask not “for whom the bells tolls; it tolls for thee.” The impact of the show was so great and so ongoing that people who weren’t even born when the show initially aired from 1970-1977 have been taking to social media to express their grief at losing their dear friend Georgia/Georgette.

Engel marks the third member of the ensemble cast to pass away. Knight, who played the dimwitted news anchor Ted Baxter, died in 1986. Star Mary Tyler Moore , who played associate news producer Mary Richards, left us in 2017, a loss that it is still hard to think about. The remainder of the ensemble — Edward Asner, Gavin MacLeod, Valerie Harper, Cloris Leachman and Betty White — is now elderly in their 80s and 90s.

Engel received two Emmy nominations for her work on the show and three more in recent years for guest appearances on “Everybody Loves Raymond.” She also received a BAFTA nomination as Best Supporting Actress for her film debut in Milos Forman’s 1971 film “Taking Off.”

Engel started off in a one-time guest appearance on the MTM show, but the favorable response to the character’s comic naivety brought her back many times. Her presence on the show helped humanize the previously buffoonish Baxter into a fuller character. The two would marry (by a casual minister played by guest star John Ritter) and would eventually have a daughter (Mary Lou) in Mary’s apartment.

Engel with her almost childlike voice and innocence made Georgette a simple character who grew in gravitas as the show progressed. In a key early episode of the series, Mary and Rhoda become fed up with the poor way in which Georgette allows herself to be treated by Ted. As they encourage her to say something positive about herself, she states she likes to think she is a nice person then progresses to very nice and finally DAMN nice. The inner charm Engel brought to Georgette makes it seem like she must have been a damn nice person too.

The theme song of MTM was “Love is All Around.” As we lose these actors, it is hard not to feel like there is a little less love in the world. On the other hand, though the outpouring of grief for Ms. Engel from complete strangers online may bring us all a little closer in her loss and perhaps some of that love is still all around after all.