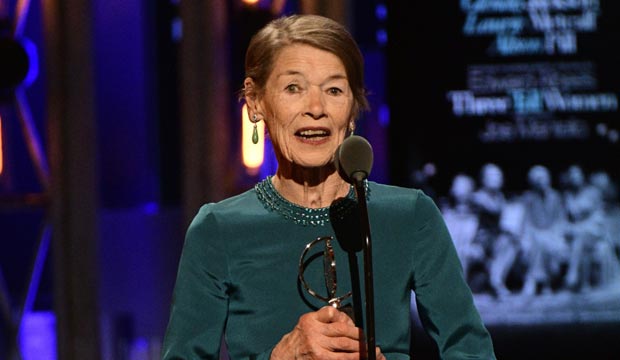 After her Tony Awards coronation last season for Edward Albee’s “Three Tall Women,” Glenda Jackson could have rested on her laurels. Instead, she returns to the Broadway stage this season in the gargantuan title role of William Shakespeare’s “King Lear” in a production directed by Sam Gold that opened at the Cort Theatre on April 4.

Gold has assembled an all-star cast for Jackson’s Lear to rage against, including Tony-winner Jayne Houdyshell (“The Humans”), and Tony-nominees John Douglas Thompson (“Jitney”) and Ruth Wilson (“Constellations”), amongst over a dozen others. An original score by legendary composer Philip Glass, performed on-stage by a string quartet, accompanies the cast as they play out the machinations that characterize one of Shakespeare’s most enduring and challenging plays.

Critical response to “King Lear” varied greatly, and although the production received a handful of very positive notices including an A-grade from Allison Adato (Entertainment Weekly), most were decidedly ambivalent about the production.

Ben Brantley (New York Times) makes clear how much he adores Jackson’s “powerful and deeply perceptive performance,” declaring her “a sharp and gleaming scythe slashing through an overgrown field,” yet overall critiques this “glittery, haphazard production” and argues, “nothing else in this production matches [Jackson’s] incisiveness.”

Far harsher, Sara Holdren (Vulture) deems Gold’s mounting “a hot, heavy mess” that Jackson’s performance “fails to transcend,” even though “her prodigious craftsmanship is on display.” Even more than Jackson’s performance, Holdren applauds the “heartfelt” and “riveting” Houdyshell, who “is single-handedly responsible for almost all of the play’s most affecting moments,” and the “upright” and “reliable” Thompson. Nevertheless, she almost uniformly critiques the production as “blurry and superficial, the shape of power without its impact.”

Given this critical reception, Glenda Jackson seems like the only guaranteed Tony nomination for this production of “King Lear.” Unlike last season, though, Jackson faces incredibly strong competition from the likes of fellow reigning Tony champion and “Three Tall Women” co-star Laurie Metcalf (“Hillary and Clinton”), Elaine May (“The Waverly Gallery”), and Annette Bening (“All My Sons”). Of the rest of the large ensemble, Houdyshell receives the most kudos from critics for her performance as the Earl of Gloucester and seems well-poised to receive her fifth career Tony nomination. Wilson stands an outside chance of joining Houdyshell in Featured Actress for her performance as not only Lear’s daughter Cordelia, but also the Fool, an interesting and resonant doubling of roles.

Aside from a few performers, though, “King Lear” may miss out on the top two categories of the evening. In a strong Broadway season for play revivals, such mixed notices may keep the production out of Best Revival, depending on how the later entries fare with critics, and with such faint praise for his vision for the production, Tony-winning director Sam Gold (“Fun Home”) seems destined to miss out on a bid this year, too.

The production team Gold assembled for this huge production of “Lear” may not find much Tony success, either. Despite the prestigious backgrounds of Tony-winning costume designer Ann Roth (“The Nance”), Tony-winning sound designer Scott Lehrer (“South Pacific”), Tony-nominated scenic designer Miriam Buether, and Tony-nominated lighting designer Jane Cox, critics find that the design elements hamper rather than enhance the production, more than likely ruling out nominations for this quartet. And although uniquely presented with an on-stage string quartet, Glass’s original score now seems unlikely to score him his first Tony bid, though he may have an outside chance of surprising and competing against the composers of the top musicals of the season.