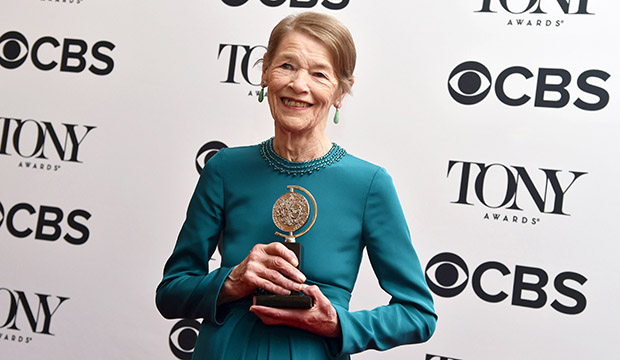 Last year, Glenda Jackson became the 24th performer to complete the Triple Crown of Acting when she won the Best Actress in a Play Tony Award for “Three Tall Women.” She can write another chapter in awards history this year by becoming the first person to win back-to-back Tonys in that category.

Jackson is the odds-on favorite to prevail for her performance as the titular character in “King Lear,” which opened Thursday on Broadway. She’d be the eighth person to win the category twice and the 11th to have multiple wins in the category. None of the previous multiple Best Actress in a Play champs triumphed in consecutive years.

Jackson has already been recognized for her work in “King Lear” — for the 2016 London production; she received an Olivier Award nomination and won Best Actress at the Evening Standard Theatre Awards in 2017. The play marked her return to the stage after a 23-year career in politics as a member of Parliament.

The indefatigable actress, who will be 83 by the time of the Tonys, will have to take down some formidable competition to make history. Her “Three Tall Women” co-star Laurie Metcalf is in second place in our odds for “Hillary and Clinton.” Metcalf won this award in 2017 for “A Doll’s House, Part 2” and in the featured category last year for “Three Tall Women.” In third place is the legendary and soon-to-be 87-year-old Elaine May, who is seeking her first Tony with “The Waverly Gallery,” her first Broadway play in more than 50 years. Annette Bening (“All My Sons”), a former Tony nominee, is in fourth place, and “The Ferryman” star Laura Donnelly, who won the Olivier Award last year for the play, is in fifth.