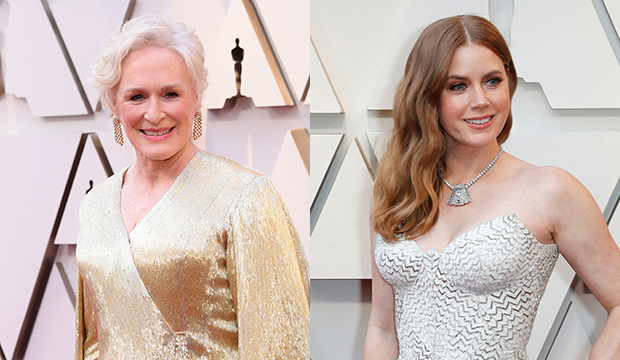 What if Glenn Close and Amy Adams break their Oscar curse with the same movie? It could happen now.

Seven-time nominee Close has joined six-time also-ran Adams in Ron Howard‘s Netflix drama “Hillbilly Elegy,” according to The Hollywood Reporter. The film is based on J.D. Vance‘s best-selling memoir, “Hillbilly Elegy: A Memoir of a Family and Culture in Crisis,” which chronicles three generations of a dysfunctional Appalachian family pursuing the American dream as told through Vance, the youngest member.

And if you’ve read the book, you know these are some juicy parts for Close and Adams. Adams will play Bev, the mother of J.D. who’s struggling with addiction, while Close will play Mamaw, J.D.’s grandmother and Bev’s mother, a tough, loyal and uncompromising woman who has her own complicated relationship with her husband, Papaw.

SEE Glenn is ready for her Close-up as ‘Sunset Boulevard’ finds director, but will it bring her that elusive Oscar?

Vanessa Taylor, who received an Oscar nomination for “The Shape of Water” (2017), will adapt the book. Howard, who previously directed Close in “The Paper” (1994), Brian Grazer and Karen Lunder are producing. Vance and Julie Oh will serve as executive producers.

It’s obviously way too early to say and no one knows how the book will be adapted, but you know Netflix will make sure not to campaign Adams and Close in the same category, which means they could both finally get their little gold man, provided the overdue narrative is powerful enough for both of them; it wasn’t this year. Close, who also has “Sunset Boulevard” in the works, became the Oscars’ biggest loser among actresses in February when she lost on her seventh bid, despite being the Best Actress favorite for “The Wife.” If Close had won, Adams would’ve held the title of the biggest loser among living actresses, since she had fallen short for the sixth time earlier that night, in Best Supporting Actress for “Vice.” (Thelma Ritter and Deborah Kerr also went 0-6.)

So really it only makes sense that they’ve teamed up to reverse their Oscar fortunes. Now watch them both lose. Again.