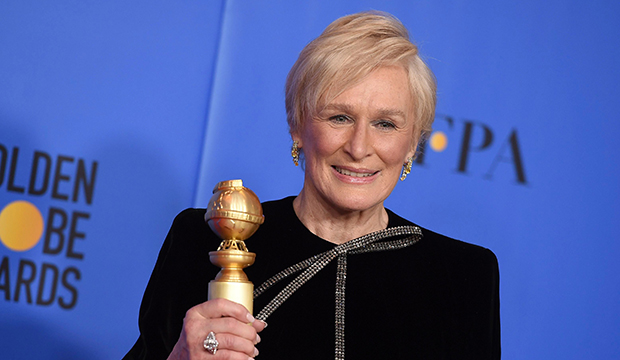 After her wins at the Golden Globes and Critics’ Choice Awards, Glenn Close has skyrocketed to the top of our Best Actress Oscar chart. If she prevails on February 24, she would make history as the first woman with six losses to finally win an Academy Award for acting. And, at age 71 years and 342 days as of the ceremony date, she’d land in third place on the list of the 10 oldest Best Actress winners. Close would supplant Marie Dressler, who was just a day over 63 when she won this award at the 4th Oscars way back in 1931 for “Min and Bill.”

Hepburn is also on the list twice more. She ranks fifth for her third win at age 61 years and 337 days for “The Lion in Winter” in 1969 and eighth for her second win the year before for “Guess Who’s Coming to Dinner.”

In ninth is Frances McDormand, who was 60 years and 254 days old when she won her second Best Actress award last year for “Three Billboards Outside Ebbing, Missouri to join the one that she picked up for “Fargo” in 1997.

It is telling that this current roster of oldest Best Actress winners is rounded out by a woman who was in her mid fifties when she prevailed. Shirley Booth was 54 years and 201 days when she added an Oscar in 1953 to go with the Tony she had taken home for “Come Back, Little Sheba.”