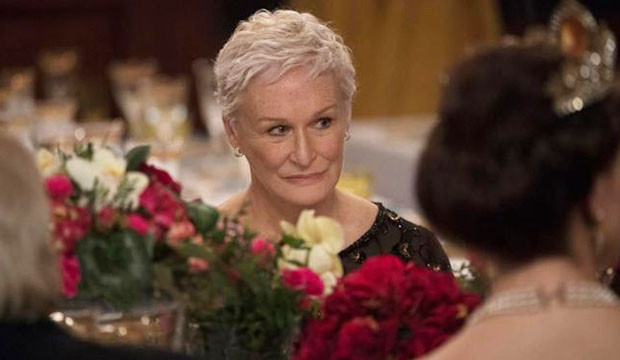 Basically, it looks like: If Glenn couldn’t win this year when she was widely considered to be a slam-dunk shoo-in, something’s wrong. After all, she lost Best Actress to an unknown British thesp, Olivia Colman, who really just had a supporting role and, heck, she didn’t even bother to campaign much. Meantime, however, Glenn was everywhere on the campaign circuit, radiating charm, warmth and authority.

But now poor Glenn is one of the biggest losers in Oscar history. With 7 defeats, she’s the biggest loser among all actresses. She’s tied with Richard Burton as the second-biggest overall loser. The top position is held by Peter O’Toole, who got skunked 8 times.

Hey, wait a minute. It’s easy to see why Burton and O’Toole – two drunk rascals – held such dubious distinctions among their peers, but Glenn Close is classy and an acting icon. What’s going on?

Answer: Nothing. Everybody, please calm down. Let’s all recall that Al Pacino and Geraldine Page didn’t win until their eighth nominations. Glenn still hasn’t yet reached that point. Let’s hope that a film gets made soon of Andrew Lloyd Webber‘s musical adaptation of “Sunset Boulevard,” which swept the Tony Awards in 1995, including a Best Actress victory for Glenn.

Joyce Eng does a deft job offering up 7 theories on why Glenn lost. I agree that there’s some truth to all of them, even the most cruel conclusion: “The academy isn’t here for certain career wins.” Ouch. But overall I think many people didn’t vote for Glenn because they thought everybody else was doing that. Surely, some of Olivia’s voters thought: “As for me, well, I’ll just mark my ballot for that quirky, curious queen lady. She was amazing.” She also happens to be new and the role was monstrously fascinating.

Face it: We Americans, even snooty Hollywooders, have a cultural inferiority complex when it comes to mother Britain. That’s one of the reasons why Brit performers like her and Mark Rylance pull off wins.

Even Olivia was embarrassed over defeating Glenn. “I didn’t want it to be that way!” Olivia pleaded to her from the stage. But Glenn, ever the show-must-go-on trouper, graciously shrugged it all off while the camera lingered on her. What was she really thinking deep down inside? Hmmm.