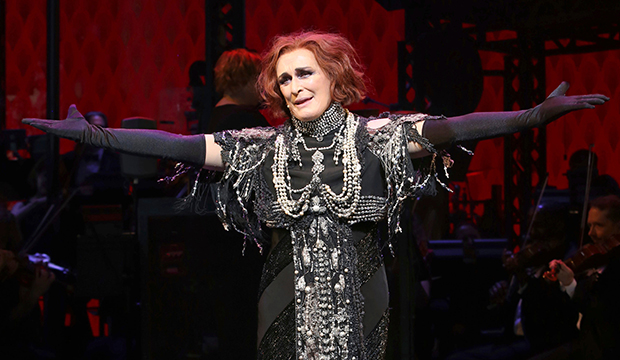 The “Sunset Boulevard” musical is months away from staring production, but 42 percent of our readers believe that this film adaptation will finally bring Glenn Close her elusive Oscar, and her name ought to be engraved now.

“This performance could very well be a career topper for her! And if the movie is really excellent, that could finally do the trick for her,” user Jack Mahanes wrote. “And I hope it does the trick for her, because she’s an amazing actress who should have an Oscar!”

In development limbo for decades, “Sunset Boulevard” finally made some movement last week when Tony-winning choreographer Rob Ashford was tapped to direct the film, which is set to start filming in the fall. It surely isn’t a coincidence that this happened days after seven-time nominee Close lost the Best Actress Oscar for “The Wife” to Olivia Colman (“The Favourite”). Close won a Tony for her performance as the faded Norma Desmond for the original Broadway production of “Sunset Boulevard” in 1994 and received stellar notices for the revival in 2016. Gloria Swanson, who originated Norma in the 1950 noir film, was nominated for Best Actress, but lost to Judy Holliday (“Born Yesterday”).

SEE Glenn is ready for her Close-up as ‘Sunset Boulevard’ finds director, but will it win her that elusive Oscar?

If it all comes together, “Sunset Boulevard” would mark Close’s eighth Oscar nomination, and her overdue narrative would be even stronger after her loss for “The Wife.” But given how she still was unable to cross the finish line this year despite her precursor wins and 0-6 record, 27 percent of fans are proceeding with caution. “Well, too soon to say anything,” user Wah Suwisisth wrote. “Too much for her to handle pressure again.”

Another 25 percent feel the Oscar is hers only if the musical is successfully translated to the big screen. While Ashford has stage experience and has helmed some of NBC’s live musicals, this would be his feature film directorial debut.

“The choice of director makes me nervous,” user frankpoor admitted. “Despite being an excellent choreographer, Rob Ashford has had only middling success as a director on stage and ZERO experience as a director for the screen. I will be livid if an inexperienced man is what gets in this legendary woman’s way — after all her losses, and in this role, which should otherwise easily be a slam dunk for the Oscar.”

SEE Glenn Close’s Oscar loss for ‘The Wife’ was ‘insulting,’ but our readers say that wasn’t her most painful defeat

The remaining 6 percent are not getting their hopes up at all, believing that Closer will never win a competitive statuette. “If she couldn’t win this year, she will never win,” user tom92 said. “It was her best and last chance and still nothing.”