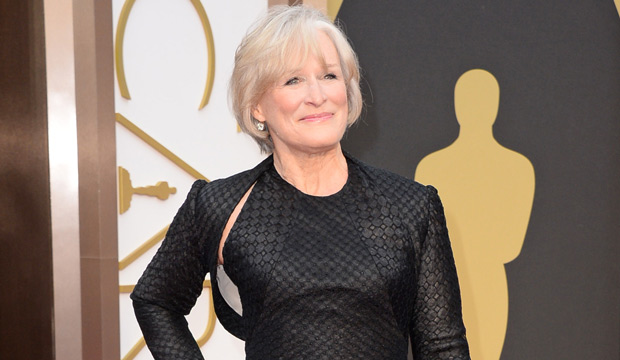 If Glenn Close wins at the Oscars as we are predicting for her leading role in “The Wife,” she’ll become the 25th performer to pull off the Triple Crown of acting awards. She already has three Emmys and three Tonys. With this elusive Oscar, she’ll vault into a tie for first place with Maggie Smith for the most number of these awards at seven apiece.

Smith reaped her first bid for one of these prizes (an Oscar nomination) in 1966 and won the last of these three (an Emmy) in 2003 to complete the Triple Crown. That is a time span of 37 years. As Close first contended at the Tonys in 1980, it will have taken her just shy of four decades to run the Triple Crown.

SEE What do the SAG Awards mean when predicting the Oscars?

Close lost that first Tony bid for her featured role in the musical “Barnum” but she got a great consolation prize – she was cast in her first film “The World According to Garp.” That earned her the first of her six Oscar nominations in 1982. She lost that race and her subsequent five bids.

Hot on the heels of her first three consecutive Oscar nominations (“The Big Chill,” “The Natural” were the others), Close returned to the stage in 1984. She won her first Tony Award for a leading role in the Tom Stoppard play “The Real Thing.” She added two more Tonys to her mantle for her star turns in the 1992 play “Death and the Maiden” and the 1995 musical “Sunset Boulevard.”

1995 was a banner year for Close as she won her first Emmy for her lead role in the telefilm “Serving in Silence: The Margarethe Cammermeyer Story.” She had first contended in that category back in 1984 for “Something About Amelia.” She then added to her Emmy collection with consecutive wins for headlining the drama “Damages” beginning in 2008.

Four years after losing at the Oscars for her supporting turn in “Othello,” Smith won in 1970 for the title role in “The Prime of Miss Jean Brodie” in 1970. She picked up a Supporting Actress bookend nine years later for “California Suite.”

Smith had to wait for 15 years after her first Tony nomination in 1975 for “Private Lives” before she prevailed for the play “Lettice and Lovage.” Likewise, she had to bide her time for a decade after losing her first Emmy race in 1993 for her leading role in the telefilm “Suddenly, Last Summer” before winning that award for “My House in Umbria.” More recently she racked up three more Emmy wins for her scene-stealing turn in “Downton Abbey,” first on the movie/mini side in 2011 and then on the drama front in 2012 and 2016.