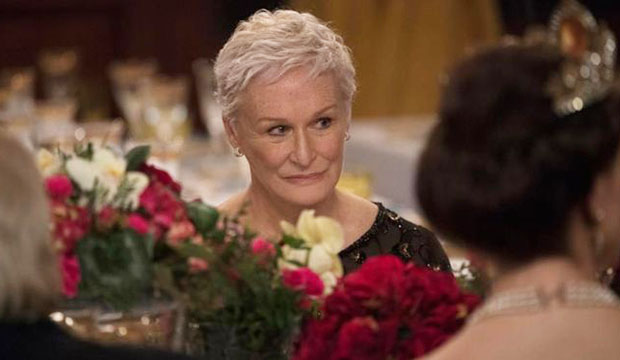 For the fifth year in a row, the Triple Crown of Acting club might get a new member. Glenn Close (“The Wife”) would be the 25th performer to garner the most prestigious acting prizes for film, theater and TV if she does indeed win the Best Actress Oscar next month.

A six-time nominee, Close surged back to first place in our Oscar predictions after her Golden Globe upset on Sunday. Close had started the season in first place, but was overtaken by both Lady Gaga (“A Star Is Born”) and Olivia Colman (“The Favourite”) in recent months. Her poignant, tearful Globe speech not only contained a powerful, topical message, encouraging women to put themselves first, but underscored her longevity and legendary status in the business (45 years!), which might be enough to get her that overdue Oscar.

Close is already the owner of three Emmys and three Tonys. She won her first Emmy for the 1995 TV movie “Serving in Silence: The Margarethe Cammermeyer Story” and then picked up back-to-back Best Drama Actress statuettes for “Damages” in 2008 and ’09. For her stage work, she’s received two Tonys for Best Actress in a Play, for “The Real Thing” in 1984 and “Death and the Maiden” in 1992, and one for Best Actress in a Musical, for “Sunset Boulevard” in 1995.

Fifteen women and nine men have won the Triple Crown. Close would be the sixth consecutive woman to hit the trifecta in the last half decade. 2015 saw two new members in Helen Mirren and Frances McDormand, with the former’s Tony win for “The Audience” and the latter’s Emmy win for “Olive Kitteridge.” Jessica Lange joined the next year, thanks to her Tony victory for “Long Day’s Journey into Night.” In 2017, Viola Davis became the first black performer to accomplish the feat after her Oscar triumph for “Fences.” And Glenda Jackson is the most recent Triple Crown champ, following her Tony win last June for “Three Tall Women.”

An Oscar victory would also make Close the first Triple Crown champ to win the Oscar last since Christopher Plummer, who completed his collection with the Best Supporting Actor Oscar for “Beginners” in 2012.

Maybe after Oscar, Close can set her sights on a Grammy. Only two Triple Crown champs have won the EGOT: Helen Hayes and Rita Moreno.