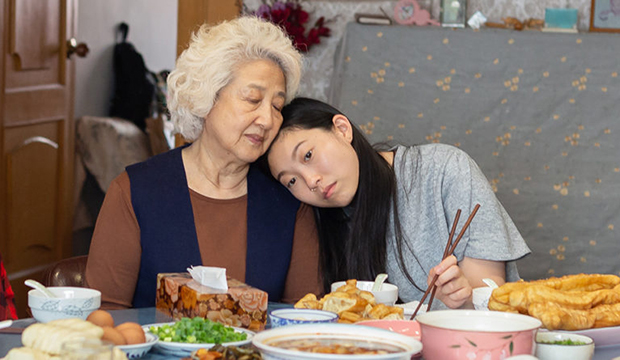 Awkwafina is the overwhelming frontrunner to take home the Golden Globe for Best Comedy/Musical Actress for “The Farewell,” which would not only give her her first Golden Globe but make her the first Asian winner in the category.

Like at the Oscars, the list of Asian Golden Globe acting winners isn’t very long. Japanese star Yoko Shimada was the first Asian performer, male or female, to prevail in any acting category at the Globes, winning for the 1980 miniseries “Shōgun” (at the time, the limited series/TV movie categories didn’t exist at the Globes, so she won drama actress). Ben Kingsley, who’s British-Indian, took home Best Drama Actor two years later for “Gandhi” (1982) and the now-defunct Best New Actor. Haing S. Ngor, the Cambodian physician-turned-actor, was named Best Supporting Actor “The Killing Fields” (1984).

More than two decades later, Sandra Oh won Best TV Supporting Actress for “Grey’s Anatomy” in 2006. A dozen years after that, Aziz Ansari nabbed Best TV Comedy/Musical Actor for “Master of None.” Last year, Oh triumphed again, this time in drama actress for “Killing Eve,” and Darren Criss, who’s part Filipino, won Best Limited Series/TV Movie Actor for “The Assassination of Gianni Versace: American Crime Story.” Oh is the only Asian performer to win multiple Globes and is the first Asian actress with multiple Globes. Since Oh is Korean-Canadian, Awkwafina would also be the first Asian-American actress to win a Globe.

With 82/25 odds, Awkwafina has been the favorite in this race since “Bombshell” submitted in drama. Of the lineup, she’s also the best positioned in the Oscar race for Best Actress, where she currently sits in fifth place.

'Rebecca' through the years: From radio play to Oscar winner and Emmy champ

'News of the World' trailer: Tom Hanks and director Paul Greengrass reunite for first time since…