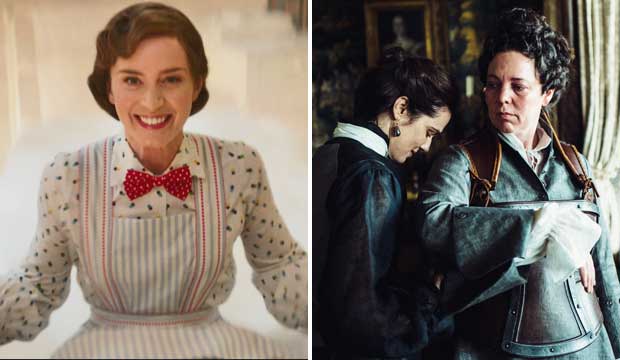 Olivia Colman has regained her lead over Emily Blunt in the race for Best Comedy/Musical Actress at the Golden Globes just in time, with final voting ending on Wednesday (Jan. 2). Our experts are predicting that the star of “The Favourite” will win on Sunday over, among others, Blunt who headlines the blockbuster “Mary Poppins Returns.”

Colman prevailed with her only previous Golden Globe bid two years ago for “The Night Manager.”  That win came in the catch-all supporting performance category over on the TV side. Blunt took home that same trophy in 2007 for the telefilm “Gideon’s Daughter.” Since then she has contended for her leading film roles in the 2009 drama “The Young Victoria,” the 2012 comedy “Salmon Fishing in the Yemen” and the 2014 musical “Into the Woods.”