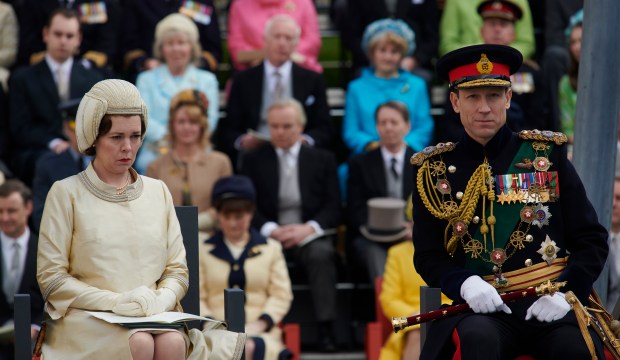 “The Crown” led our Golden Globe Best Drama Series predictions through the nomination phase and that remains the same for winner picks: The Netflix series is the odds-on favorite to take home the prize, which would make it accomplish something that’s never been done before.

“The Crown,” which won for its first season three years ago, would join “The X-Files” as the only shows to win drama series non-consecutively at the Globes — but “The Crown” would be the first to do it after a loss. “The X-Files” won its first Globe in January 1995 in the middle of its second season, but the Globes dropped it from the lineup the following year — as the Hollywood Foreign Press Association is wont to do sometimes. It’s typically hard to return after a snub, let alone win, but “The X-Files” did just that, bagging the award the next two years. It had a 3-0 record until it lost to “The Practice” on its fourth and final nomination in 1999.

On the other hand, “The Crown” has already lost once — to “The Handmaid’s Tale” in 2018 when it was trying to go back to back. That means no show has won, lost and then won again. The royal drama would also have the longest gap between wins since it skipped last year’s cycle during its cast overhaul for the third season.

“The Crown” is just barely ahead of “Succession” in our odds. “The Morning Show” is in third, followed by “Big Little Lies” and “Killing Eve.” It is the oldest show in the lineup at the ripe old age of 3, which could hurt it with the new-skewing HFPA; “Succession,” “Big Little Lies” and “Killing Eve” are all competing for their second seasons, and “The Morning Show” is the newbie of the group. The last show to win for its third season was “Mad Men,” but two shows have since won for later — and their critically acclaimed final — seasons, “Breaking Bad” in 2014 (second part of its fifth season) and “The Americans” this past year (sixth season), both of which were their only series victories.

But given “The Crown’s” unique circumstances with a new cast every two seasons, will the Globes treat “The Crown” like a new show because of the new faces? The third season has received the most nominations the show has ever gotten in a single year — four, for series and stars Olivia Colman, Tobias Menzies and Helena Bonham Carter — so you could say the show is stronger than ever with the HFPA.