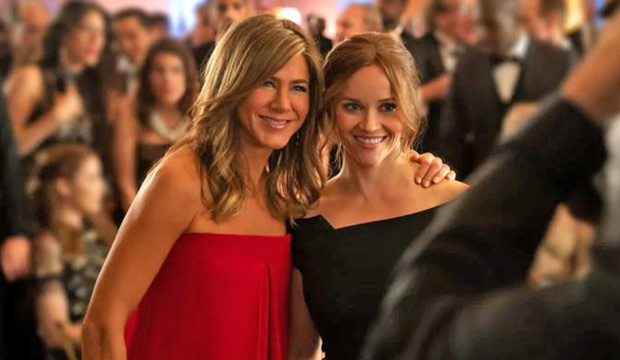 It was a good morning for “The Morning Show” on Monday as both Jennifer Aniston and Reese Witherspoon received Golden Globe nominations for their performances in the Apple TV+ drama. As the co-leads of the series, they were both nominated in Best Drama Actress, becoming the first duo this decade to take up two slots in one year in this category. The last co-stars to do so were Lorraine Bracco and Edie Falco for “The Sopranos,” who were nominated together three years in a row from 1999-2001. “The Morning Show” becomes the ninth series in history to accomplish this at the Golden Globes. The question now becomes whether Aniston and Witherspoon will cancel each other out, leading to one of their competitors winning.

There were very few instances of vote splitting during the ’80s, with at least one co-star from “Dallas,” “Dynasty,” “Cagney & Lacey” and “L.A. Law” still able to win with their co-star nominated alongside them. Falco also defeated Bracco in 1999.

So where does that leave Aniston and Witherspoon? Aniston was widely predicted to earn that Drama Actress slot while Witherspoon was expected to miss out. Aniston appears more in contention for the win, especially considering this is her big comeback to television and she gets to flex her dramatic acting muscles. Witherspoon is less likely if only because we’re used to seeing this kind of fiery character from her on TV with “Big Little Lies,” so there may be less urgency to reward her.

Aniston may have an advantage there but her competition is very tough, with recent Oscar winner Olivia Colman in “The Crown,” Emmy winner Jodie Comer in “Killing Eve” and longtime Globe favorite Nicole Kidman for “Big Little Lies” all in the mix. All of these series, including “The Morning Show,” have corresponding nominations in Best Drama Series, so it’s not clear who has the edge at this moment. However, the Globes do have a preference for new shows and new networks, and what better way to continue that tradition than to give Apple TV+ its first major awards love?