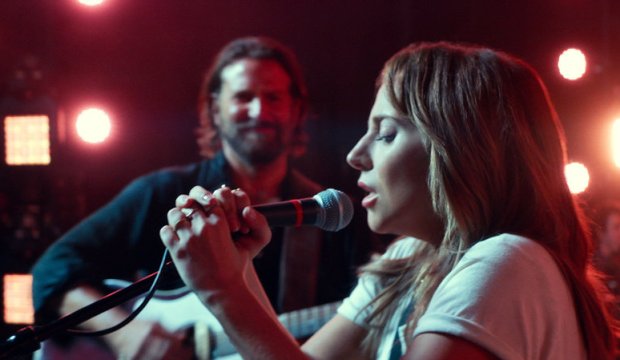 Before Sunday, “A Star Is Born” had been undefeated at the Golden Globes — as in the previous two versions. Many felt like that would bode well for the 2018 version, but instead it put up the worst performance of all three, walking away with just one win for Best Original Song.

The 1937 original film pre-dated the Golden Globes, but the 1954 “A Star Is Born” earned two acting wins in comedy/musical for Judy Garland and James Mason. Only winners were announced that year, so technically the movie did not lose anything even though “Carmen Jones” won Best Comedy/Musical Film. The 1976 film, which also competed in comedy/musical, went 5-for-5, winning picture, acting prizes for Barbra Streisand and Kris Kristofferson, score and song.

Entered in drama, the 2018 version somewhat underperformed in nominations, receiving five as opposed to the expected seven (it was snubbed in supporting actor for Sam Elliott and screenplay). Perhaps that was a sign of things to come. “A Star Is Born” won one of the biggest locked races of the night, Best Original Song, for “Shallow,” but then lost its subsequent four categories: Best Director (to “Roma”‘s Alfonso Cuaron), Best Drama Actress (to “The Wife”‘s Glenn Close), Best Drama Actor (to “Bohemian Rhapsody”‘s Rami Malek) and Best Drama Film (to “Bohemian Rhapsody”). This means Bradley Cooper went 0-3 in his races, and Cooper and Gaga are the first “A Star Is Born” pair not to win matching Globes.

Cuaron and Malek were the favorites in their categories, but Gaga and the film were widely predicted to prevail. In fact, “Bohemian Rhapsody” was dead last in our odds.

What does this mean for Oscar? “A Star Is Born” had been seen as a soft Best Picture frontrunner, so it took a major hit to go just 1-for-5, but the Hollywood Foreign Press Association is not the academy (only one HFPA member is an academy member). Maybe now it’ll be seen as an underdog.

And something else it can take solace in: Since 2000, only nine of the Best Drama Film or Best Comedy/Musical Film Globe winners have gone on to win the Oscar. They mismatched just last year when “The Shape of Water” won the Oscar over Globe champs “Three Billboards Outside Ebbing, Missouri” and “Lady Bird.”