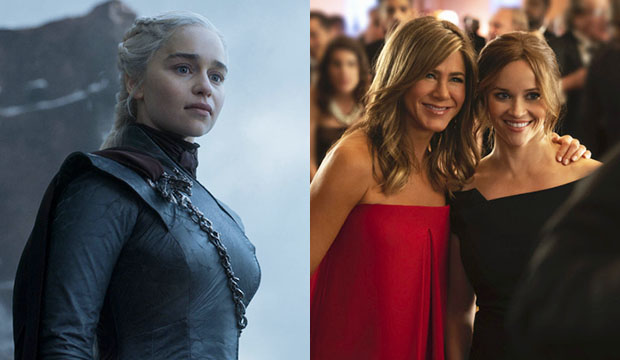 We all know about the trend in the Best Drama Actor Emmy category: Every winner since 2011 has come from a first-year show or a last-year show. But did you know that the Golden Globes has the same streak going in its drama series category? And, if you believe our odds, it’s in danger of ending come January.

For the past six years, the Best Drama Series Globe champ has been a freshman series or a long-running show bidding adieu. “Breaking Bad” won for its last season in January 2014 and then we got four straight years of newbies triumphing with “The Affair,” “Mr. Robot,” “The Crown” and “The Handmaid’s Tale” before the final season of “The Americans” prevailed in nine months ago.

The winners have leaned more toward first-year shows, which is the least bit shocking since the Hollywood Foreign Press Association loves anything brand spankin’ new. “Breaking Bad’s” victory was a better-late-than-never coronation since the show had become too big of a juggernaut for the Globes to never award in any category by that point (Bryan Cranston also won his first Best Drama Actor Globe that night). It was a similar situation with “The Americans,” but on a smaller scale; the KGB spy drama had always been a critical darling, finished strong and won its biggest Emmys four months prior for star Matthew Rhys and in writing.

But based on our early odds, it might be tough for the streak to continue for a seventh year. Our predicted top five are “The Crown,” “Succession,” “Killing Eve,” “Game of Thrones” and “The Morning Show.” Only the departed “Game of Thrones” and “The Morning Show,” which premieres on Apple TV+ on Nov. 1, fit the criteria. The latter certainly has the makings of a classic first-year Globe series winner — star-studded cast topped by Jennifer Aniston, Reese Witherspoon and Steve Carell, and on a new network the HFPA could be the first to award — but it might be too soon to say until it premieres. “Thrones,” however, has never been an Globes fave — only Peter Dinklage has won and the show has never taken home drama series — and given the backlash to the final season, the HFPA might feel fine snubbing it for the last time.

“The Crown,” “Succession” and “Killing Eve” are all in the middle of their runs; the former returns with its third season on Nov. 17, while the latter two are competing with their sophomore outings. “Succession” or “Killing Eve” would be the first show to win for its second season since “Homeland” in 2013, and “The Crown” would be the first Season 3 champ since “Mad Men” nabbed its third straight and final series award in 2010. But since “The Crown” boasts a completely new cast now, led by Olivia Colman, maybe it’ll feel like a new show in the HFPA’s mind.