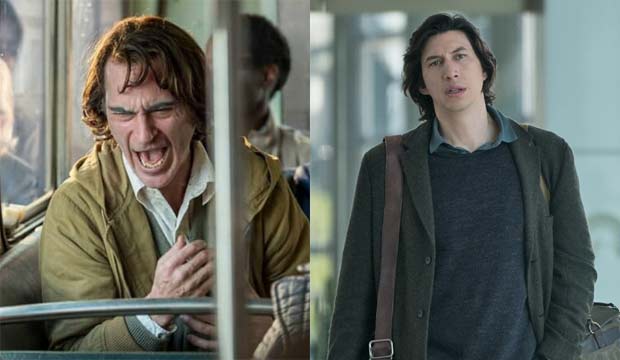 Who will win Best Film Drama Actor when the Golden Globes are handed out on Sunday? This awards derby seems to have narrowed down to Joaquin Phoenix (“Joker”) and Adam Driver (“Marriage Story”). Based on the combined predictions of thousands of Gold Derby users, a clear consensus has emerged, but it’s not a done deal.

Phoenix has been a top awards contender all season, but the Globes went a step further by nominating Todd Phillips for directing “Joker,” a big surprise on nominations morning that might mean enough support for Phoenix to make this a runaway.

Meanwhile, only two Experts are currently predicting Driver: Eric Deggans (NPR) and Jack Mathews (Gold Derby). But don’t count him out. “Marriage Story” is the most nominated film of the year with six bids and the benefit of much better reviews than “Joker,” though mixed reviews didn’t hurt “Bohemian Rhapsody” last year.

Driver earned his first Globe nomination last year for “BlacKkKlansman,” and he has certainly been on hot streak since then, earning a Tony nom for “Burn This” on Broadway and appearing in the films “The Report,” “The Dead Don’t Die” and “Star Wars: The Rise of Skywalker” in addition to “Marriage Story” in 2019. The Globes way wish to honor him for his big year, though it’s hard to get bigger than Phoenix’s deranged transformation in “Joker.” Which way do you think the Globes will go?