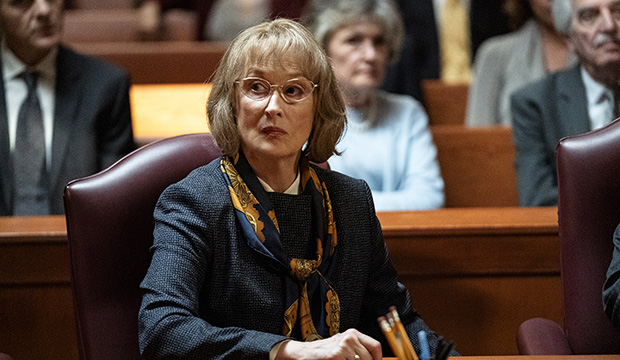 Already the most nominated and awarded performer in Globes history, Meryl Streep extended her nomination record on Monday with her 32nd bid, this time in a category in which she’s never been nominated, Best TV Supporting Actress.

Streep is up for her turn as Mary-Louise Wright on “Big Little Lies” against Patricia Arquette (“The Act”), Helena Bonham Carter (“The Crown”), Toni Collette (“Unbelievable”) and Emily Watson (“Chernobyl”).

This is just the third bid in television for the actress, who has eight wins total. Her other two nominations were for her lead performances in the 1997 TV movie “…First Do No Harm” and the seminal miniseries “Angels in America” (2003), for which she won. Her other seven wins have all been for her film work (she also received the Cecil B. DeMille Award in 2017).

SEE Here are all the Golden Globe nominations

If Streep takes home the Globe next month, it wouldn’t only be her record-extending ninth award, but Best TV Supporting Actress would be the fifth of the seven actress categories that she’s won. She’s nabbed Globes in all three of the film categories — Best Drama Actress, Best Comedy/Musical Actress and Best Supporting Actress — and is now just missing nominations in two TV ones, Best TV Drama Actress, Best TV Comedy/Musical Actress.

Here are all of Streep’s Globe wins by category.