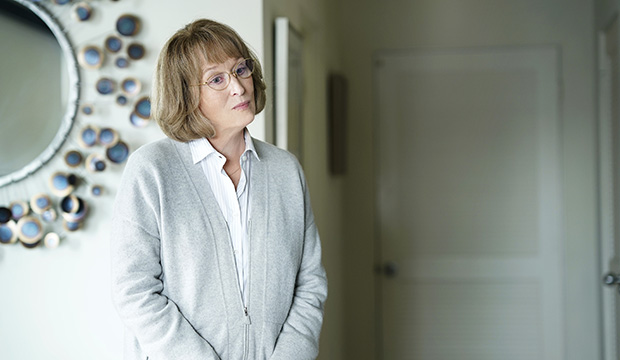 Meryl Streep is already the most honored actor at the Golden Globes with eight competitive wins. She’s expected to bag a record-extending ninth statuette for “Big Little Lies” in Best TV Supporting Actress, which would be the fifth category she’s won and would put her just two categories shy of sweeping all seven actress awards at the Globes.

The Hollywood Foreign Press Association hands out three awards for female performers on the film side, Best Drama Actress, Best Comedy/Musical Actress and Best Supporting Actress, and four for television, Best TV Drama Actress, Best TV Comedy/Musical Actress, Best Limited Series/TV Movie Actress and Best TV Supporting Actress. Streep has won all three film categories; in fact, seven of her eight Globes are for her big-screen work, and the eighth was for her lead turn in the 2003 HBO miniseries “Angels in America.”

Streep has never been nominated for either lead regular series award, which makes sense since she’s never headlined a regular series. But maybe she needs to if she triumphs for “Big Little Lies,” just to complete the collection. A bid for the HBO drama would mark her first in the all-encompassing supporting category. Besides her win for “Angels in America,” her only other TV nomination was for her lead role in the 1997 ABC TV movie “…First Do No Harm.”

The 31-time nominee had been pegged for awards glory ever since her “Big Little Lies” casting was announced in January 2018. As Mary Louise Wright, Celeste’s (Nicole Kidman) mother-in-law, Streep ostensibly embodied your typical grandmother, but Mary Louise’s mousy exterior belied her passive-aggressive bite. She looks harmless and claims no harm, but could suddenly cut you with her deceptively warm lilt that was far more frightening than her dinner table scream: “I don’t mean it in a negative way.” [beat] “Maybe I do.”

Streep, who’s also contending on the film side with “The Laundromat” and “Little Women,” leads with 69/20 odds, but Helena Bonham Carter (“The Crown”) is on her heels with 19/5 odds. Streep’s co-star Laura Dern, who won this category in 2018 for “Big Little Lies,” is in third place, followed by Emmy champ Patricia Arquette (“The Act”) and Emily Watson (“Chernobyl”).

Here are all of Streep’s Globe wins by category.