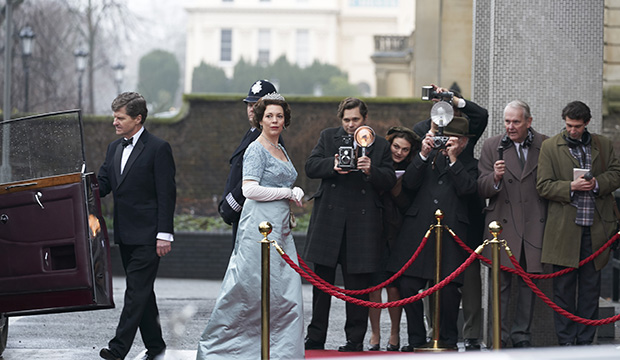 The third season of “The Crown” hasn’t even premiered yet, but the show is currently the odds-on favorite to snatch Best Drama Series at the Golden Globes, which would mark its second victory in the category following its Season 1 win in 2017. However, it would have to defy a big Globe stat to do so.

Seven shows have won Best Drama Series more than once at the Globes, but only one of them managed to do it non-consecutively, which is what “The Crown” is attempting. On its first nomination, “The X-Files” triumphed in the middle of its second season in January 1995 and wasn’t even nominated the next year before returning to win the subsequent two years. It was a perfect 3-0 until it lost on its fourth and final nomination in 1999.

The sci-fi hit’s three wins are a category record, later matched by “Mad Men,” which bagged three statuettes in a row for its first three seasons from 2008-10.

“The Crown” would have to pull an “X-Files” to snag a second Globe, but its situation is different in a few ways. For one, unlike the “X-Files,” it already has one loss under its belt, falling to “The Handmaid’s Tale” in 2018. That means no show has won, lost and then won again. The royal drama was ineligible last season because it didn’t air in 2018, so it’d also have the longest gap between wins. And it has an entire cast overhaul, with Olivia Colman succeeding Claire Foy as Queen Elizabeth II (“X-Files” star Gillian Anderson will play Margaret Thatcher in the fourth season), so it’s kind of like a new show in a way.

In second place in our odds is “Succession,” followed by “The Morning Show,” “Game of Thrones” and “Killing Eve.”