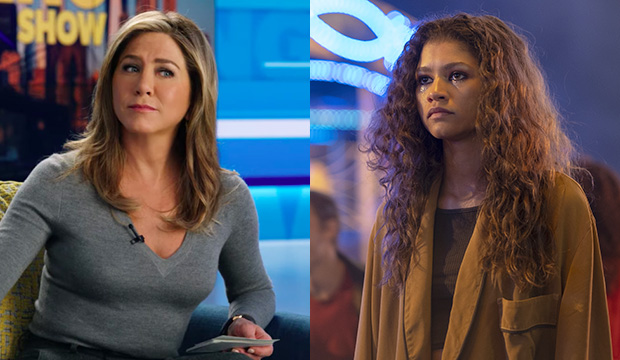 Everyone knows the Golden Globes loves brand spankin’ new shows, and there’s no category with more fresh blood turnover in recent years than Best TV Drama Actress. The last six winners have hailed from first-year shows, so will that streak continue?

After Claire Danes‘ back-to-back victories for the first two seasons of “Homeland” in 2012-13, the next six champs were Robin Wright (“House of Cards”), Ruth Wilson (“The Affair”), Taraji P. Henson (“Empire”), Claire Foy (“The Crown”), Elisabeth Moss (“The Handmaid’s Tale”) and Sandra Oh (“Killing Eve”). All of them won for the debut seasons of their respective shows; technically, Henson won for Season 1 and the first half of Season 2 since “Empire” was a midseason premiere in January 2015 — it premiered four days before the Globes ceremony — and that show was such massive cultural and ratings phenomenon in its first season that you know the Hollywood Foreign Press Association wished it didn’t have to wait almost 365 days to be able to award it.

So, easy, right? Predict someone from a new show to win in January. But our odds are defying that trend as Olivia Colman is currently in first place for the third season of “The Crown.” There’s, of course, a caveat to this because even though “The Crown” is in its third season, which premieres on Nov. 17, Colman is in her first season on the show, taking over the role of Queen Elizabeth II from Foy. So it’s both old and new.

Hot on Colman’s heels in second place is someone from a freshman series: Jennifer Aniston, whose highly anticipated TV return comes by way of a brand spankin’ new streaming service, Apple TV+. (As Gold Derby exclusively reported, her co-star Reese Witherspoon is also competing in lead for “The Morning Show,” but she’s currently in 10th place for that in our odds.) Aniston checks off a lot of boxes of a typical Globe winner besides just being on a first-year show: very famous person who also happened to have been on one of the biggest shows of all time, TV comeback, shows off dramatic chops, on a new platform (the HFPA loves to spread the wealth). Plus, there’s also the very tabloid-friendly possibility of Aniston and Brad Pitt (“Once Upon a Time in Hollywood”) winning on the same night.

The only other contender in our predicted top five who’s in a new show is “Euphoria” star Zendaya, who’s in fifth place behind Jodie Comer (“Killing Eve”) in third and Nicole Kidman (“Big Little Lies”) in fourth. The 23-year-old fits the profile of a young starlet on the rise, another HFPA fave (see: previous winners Danes for “My So-Called Life,” Keri Russell for “Felicity,” Jennifer Garner for “Alias”). And hey, even Leonardo DiCaprio is obsessed with the show.

Leonardo DiCaprio: "I just saw #Euphoria which is amazing" pic.twitter.com/G1ecmhhf3Y