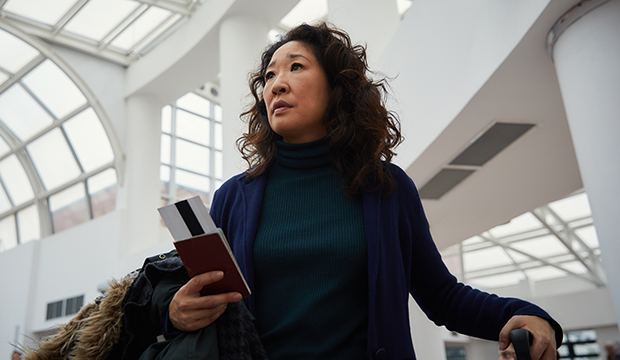 The “Killing Eve” star and Globes co-host joins Yoko Shimada as the only Asian women to win the category. Shimada prevailed in 1981 for her performance in the miniseries “Shōgun,” for which she was Emmy-nominated on the limited series/TV movie side. (The Globes didn’t add acting categories for miniseries and TV films until 1982.) Shimada was the first Asian performer, male or female, to win in any acting category at the Globes.

Oh, who was aiming to become the first Asian Best Drama Actress winner at the Emmys, was the odds-on favorite to prevail over Julia Roberts (“Homecoming”), Keri Russell (“The Americans”), Elisabeth Moss (“The Handmaid’s Tale”) and Caitriona Balfe (“Outlander”), especially after she was announced as the Globes co-host alongside Andy Samberg. John Forsythe (“Dynasty”), Julie Walters (“Educating Rita”) and Amy Poehler (“Parks and Recreation”) all won when they hosted the Globes.