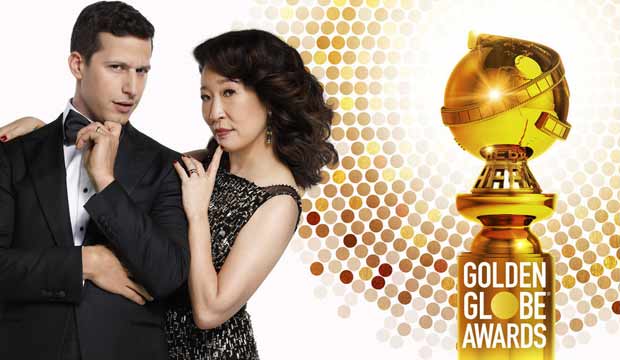 The 76th annual edition of the Golden Globes begin at 5 p.m. PT/8 p.m. ET on Sunday, Jan. 6. Awards in 14 film and 11 TV categories will be handed out at the Beverly Hilton during a three-hour ceremony hosted by Andy Samberg and Sandra Oh that airs live nationwide on NBC.

We are predicting the winners of all 25 Golden Globe races. Our forecasts are based on a combination of five sets of predictions by: 26 Experts (journalists from outlets like Deadline, Variety who write about the Globes); our nine Editors; Top 24 Users (those two dozen folks who scored the best predicting last year’s winners); the All-Star 24 (users who did the best for the last two years combined); and thousands of readers just like you.

Among the movies in contention, “A Star is Born” will win three of its five races: Best Drama, Best Drama Actress (Lady Gaga) and Best Song for “Shallow,” which was co-written by Gaga. Bradley Cooper is expected to lose his two solo races with Alfonso Cuaron (“Roma”) winning Best Director, while Rami Malek (“Bohemian Rhapsody”) has a slight edge against Cooper for Best Drama Actor.

Three other films are predicted to win multiple awards. We’re betting on “Green Book” to win two of its five races: Best Comedy/Musical and Best Supporting Actor (Mahershala Ali). “The Favourite” will also go 2 for 5, claiming Best Comedy/Musical Actress (Olivia Colman) and Best Screenplay. And “Roma” will be named Best Foreign Language Film in addition to that directing award for Cuaron.

On the TV side, the Golden Globes often like to spread the wealth but this year three shows are slated to win two awards: “The Assassination of Gianni Versace” leads with four nominations, and we think it will win half of those: Best TV Movie/Limited Series and Best TV Movie/Limited Actor for Darren Criss..Likewise, the comedy “The Marvelous Mrs. Maisel” and the drama “Killing Eve” will win the two series awards as well as trophies for their respective leading ladies Rachel Brosnahan and Oh.

Join our team of editors, who cover the entertainment industry year-round, on the homepage for a two-hour Golden Globes pre-show beginning at 3 p.m. PT / 6 p.m. ET.  Be sure to follow us on Twitter @goldderby for all the latest results. Then, right after the kudocast, come back to join the conversation as we delve into the evening. How were Samberg & Oh as hosts? What were the best (and worst) moments? Did the right people, movies and shows win? Who gave the best speech?

PREDICT the Golden Globe winners now; change them until January 6

Be sure to make your Golden Globe predictions so that Hollywood insiders can see how their films and performers are faring in our odds. You can keep changing your predictions until just before winners are announced on January 6. And join in the fierce debate over the 2019 Golden Globes taking place right now with Hollywood insiders in our TV forums. Read more Gold Derby entertainment news.