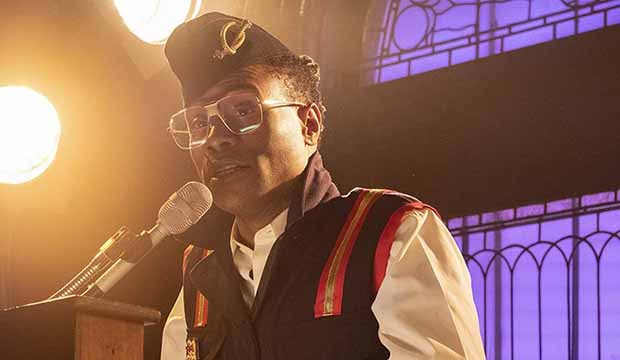 Even though Billy Porter (“Pose”) lost the Golden Globe last year to Richard Madden (“Bodyguard”), Gold Derby’s staff editors who cover awards year-round now believe he’ll have sweet revenge this year. Porter recently enjoyed a historic triumph at the Emmys for playing ballroom emcee Pray Tell on FX’s popular drama series, and now eight editors think he’ll follow that up with a win at the 2020 Golden Globes as Best TV Drama Actor. Not to be outdone, the other two editors are going rogue in predicting victories for Brian Cox (“Succession”) and Steve Carell (“The Morning Show”).

Daniel Montgomery has Cox in his #1 position for his role as media founder Logan Roy in HBO’s buzzy family drama. While Cox has never won a Golden Globe before, he previously took home an Emmy Award for “Nuremberg” (2001).

Paul Sheehan is betting on Carell to prevail as Mitch Kessler, a morning show anchor who loses his job amidst a sexual harassment scandal on Apple’s upcoming drama series. This would be Carell’s second career Golden Globe after claiming the prize for “The Office” (2006).

According to our editors’ 2020 Golden Globes predictions for Best TV Drama Actor, this year’s five nominees will be Porter, Cox, Carell, Tobias Menzies (“The Crown”) and Kit Harington (“Game of Thrones”). Last year’s winner Madden is not eligible to return. Rounding out their Top 10 most likely contenders are Jason Momoa (“See”), Jeremy Strong (“Succession”), Sterling K. Brown (“This Is Us”), Kevin Bacon (“City on a Hill”) and Jonathan Groff (“Mindhunter”).