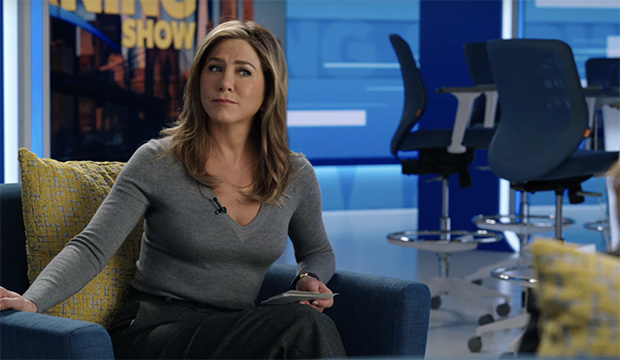 Awards voters are about to take their first bite out of the Apple. The media company’s most buzzed-about TV series of the fall is “The Morning Show,” with Jennifer Aniston, Reese Witherspoon and Steve Carell all playing hosts of an AM news program. According to Gold Derby’s staff editors who cover awards year-round, Aniston will prevail at the 2020 Golden Globes as Best TV Drama Actress for her role as Alex Levy. Of course, Aniston already has a Golden Globe on her mantel for “Friends,” but this would be her first major accolade for a drama series.

The other two editors — Joyce Eng and Matt Noble — instead believe Golden Globes voters will go with Olivia Colman for her debut season of “The Crown.” Colman is a favorite of the Hollywood Foreign Press Association, winning two times for “The Night Manager” (2016) and “The Favourite” (2018). We already know the Golden Globes love “The Crown” since it won Best Drama Series and Best Drama Actress (Claire Foy) three years ago. Will they appreciate Colman’s fresh take on Queen Elizabeth II now that the show’s narrative has jumped ahead in the timeline?

According to our editors’ 2020 Golden Globes predictions for Best TV Drama Actress, this year’s five nominees will be Aniston, Colman, Jodie Comer (“Killing Eve”), Nicole Kidman (“Big Little Lies”) and Zendaya (“Euphoria”). Last year’s winner Sandra Oh (“Killing Eve”) is next in line in sixth place. If Oh beats the odds to win, she’d be the first back-to-back champion in this category since Claire Danes (“Homeland”) in 2011 and 2012.

Rounding out our editors’ picks are Elisabeth Moss (“The Handmaid’s Tale”) and two doses of Witherspoon (“The Morning Show” and “Big Little Lies”). That’s right, Apple TV+ has decided to campaign Witherspoon in the lead race for “The Morning Show” (see all of their Golden Globes contenders).