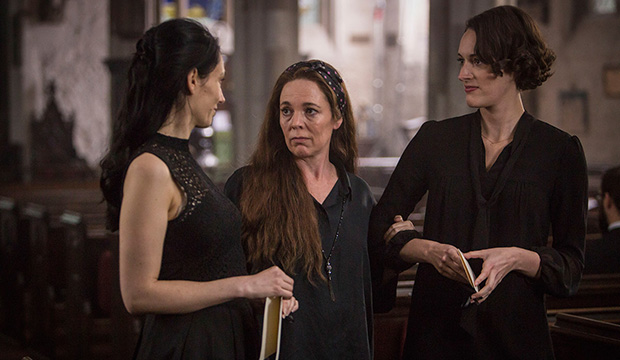 When it comes to predicting Best Comedy Series at the 2020 Golden Globes, look no further than our Top 24 Users. These savvy prognosticators did the best when predicting last year’s event at Gold Derby, so their predictions are now featured in a league that competes against our Experts and Editors. As of this writing, 20 of our Top 24 Users believe “Fleabag” will win the top trophy at the Golden Globes, which translates to leading 82/85 racetrack odds. Amazon’s quirky comedy series, based on Phoebe Waller-Bridge‘s one-woman show, recently romped through the Emmy Awards by winning six trophies. Will the Golden Globes follow suit?

One potential obstacle in “Fleabag’s” way is the fact that Golden Globes voters are notorious for being the first to reward new shows and stars. With the Emmys already taking care of “Fleabag” this past September, might the Hollywood Foreign Press Association decide to go their own way to avoid looking like an Emmy rerun?

If that’s the case, one top User forecasts a victory for Netflix’s “The Politician,” Ryan Murphy‘s latest production starring Ben Platt, Gwyneth Paltrow and Jessica Lange, among others. As we know, the HFPA voters are absolutely gaga for Murphy. His previous shows to win series prizes at the Golden Globes include “Nip/Tuck,” “Glee,” “The People v. O.J. Simpson” and “The Assassination of Gianni Versace.”

The remaining three top Users predict “The Marvelous Mrs. Maisel” will prevail for its third season after previously winning for Season 1. (Last year’s champ was “The Kominsky Method.”) It’s rare for a show to win twice in this category, let alone non-consecutively, as the Golden Globes love to spread the wealth. In fact, it’s been a decade since a comedy, the aforementioned “Glee,” won two series prizes.