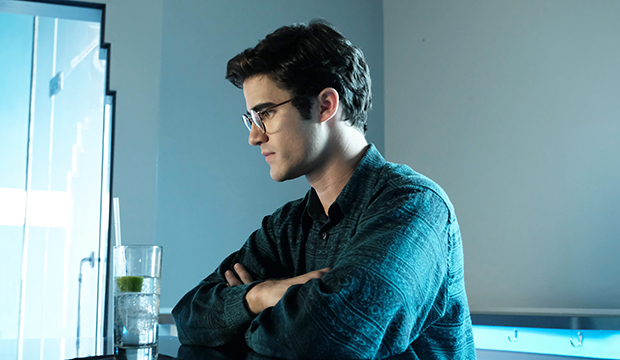 The 2019 Golden Globes aired Sunday, January 6 on NBC and we’re still picking our jaws up off the floor with the reveal of some of the night’s shocking TV winners. Below, check out our minute-by-minute live blog of all 11 Golden Globe TV races including what we thought of the winners of Best Comedy Series, Best Drama Series and Best Limited Series/TV Movie. Did you have the same “OMG! WTF?” reactions as we did?

Heading into the ceremony, FX had a leading 10 nominations including four for the limited series “The Assassination of Gianni Versace” and three for the gone-but-not-forgotten drama series “The Americans.” The other shows that nabbed three nominations were Amazon Prime Video’s “Homecoming,” “The Marvelous Mrs. Maisel” and “A Very English Scandal,” HBO’s “Barry” and “Sharp Objects,” and Netflix’s “The Kominsky Method.”

Keep refreshing/reloading this live blog for the most recent TV winners.

8:00 p.m. — Here! We! Go! The 76th Golden Globes are hosted this year by Sandra Oh and Andy Samberg. They take a swipe at such TV stars as Claire Foy (“The Crown”), Amy Adams (“Sharp Objects”), Jim Carrey (“Kidding”) and the cast of “The Kominsky Method,” but for the most part they’re refusing to make fun of people and instead are deciding to empower them. How’d they do as first-time hosts? Vote now in our poll.

8:13 p.m. — The first category of the night is Best TV Comedy Actor, presented by Bradley Cooper and Lady Gaga. Sadly, their patter is non-existent — too bad because America would have loved to hear them joke around. Congrats Michael Douglas (“The Kominsky Method”) for winning your fourth Golden Globe! He gives a warm thank-you to his 102-year-old father Kirk Douglas, as well as Netflix and his show’s creator Chuck Lorre. The other four nominees are Sacha Baron Cohen (“Who Is America”), Jim Carrey (“Kidding”), Donald Glover (“Atlanta”) and Bill Hader (“Barry”).

8:26 p.m. — Next up is Best TV Drama Actor, one of the toughest categories of the year to predict. The five nominees are Jason Bateman (“Ozark”), Stephan James (“Homecoming”), Richard Madden (“Bodyguard”), Billy Porter (Pose”) and Matthew Rhys (“The Americans”). Presented by the trio from “The Big Bang Theory” — Johnny Galecki, Jim Parsons and Kaley Cuoco — the audience gasps when Madden is named the winner. Madden seems just as shocked as his “Bodyguard” fans, but he still manages to give a friendly thanks to his costar Keeley Hawes.

8:30 p.m. — The nominees for Best TV Drama Series are “The Americans,” “Bodyguard,” “Homecoming,” “Killing Eve” and “Pose.” And the winner is … wait for it … “The Americans”! Wow! What a shocker. The Golden Globes have never given “The Americans” a single trophy over the course of its lifetime, but apparently now is the perfect time since the show ended last year to critical acclaim. Did YOU have this jawdropper in your predictions?

8:39 p.m. — Now it’s time for Best TV Supporting Actor and the contenders are Alan Arkin (“The Kominsky Method”), Kieran Culkin (“Succession”), Edgar Ramirez (“Assassination of Gianni Versace: American Crime Story”), Ben Whishaw (“A Very English Scandal”) and Henry Winkler (“Barry”). Sneaking out another victory for the Brits is Whishaw! The poofy-haired champ thanks the BBC “for employing me” as well as his “amazing cast” including Hugh Grant. Whishaw ends his speech by praising the person he portrays in the limited series, Norman Josiffe.

8:43 p.m. — The five nominees for Best TV Movie/Limited Series Actress are Amy Adams (“Sharp Objects”), Patricia Arquette (“Escape at Dannemora”), Connie Britton (“Dirty John”), Laura Dern (“The Tale”) and Regina King (“Seven Seconds”). In a huge upset, the predicted winner Adams loses to Arquette! Arquette thanks her presenter Ben Stiller, who also happened to direct her in the Showtime limited series. Hey, isn’t that kinda awkward for someone to give a trophy to their co-worker?

SEE2019 Golden Globes hosts poll: Did Sandra Oh and Andy Samberg knock your socks off, or were they just ‘meh’?

9:21 p.m. — Now for the Sandra Oh Award — er, I mean, Best TV Drama Actress. The nominees are Caitriona Balfe (“Outlander”), Elisabeth Moss (“The Handmaid’s Tale”), Sandra Oh (“Killing Eve”), Julia Roberts (“Homecoming”) and Keri Russell (“The Americans”). And the winner, surprising almost nobody, is Oh! From the moment she was asked to host the Golden Globes last month people suspected that she would win this category. Oh is giving a wonderful speech dedicated to her parents and we’re all tearing up.

9:39 p.m. — The next category is Best TV Supporting Actress with the nominees being Alex Borstein (“The Marvelous Mrs. Maisel”), Patricia Clarkson (“Sharp Objects”), Penelope Cruz (“Assassination of Gianni Versace: American Crime Story”), Thandie Newton (“Westworld”) and Yvonne Strahovski (“The Handmaid’s Tale”). “Hot damn!” says Clarkson after she’s named the winner. She then jokes of her director Jean-Marc Vallee, “You demanded everything of me except sex.”

9:55 p.m. — As for Best TV Movie/Limited Series Actor, Darren Criss (“Assassination of Gianni Versace: American Crime Story”) holds off his fellow nominees Antonia Banderas (“Genius”), Daniel Brul (“The Alienist”), Benedict Cumberbatch (“Patrick Melrose”) and Hugh Grant (“A Very English Scandal”) to win the trophy. He thanks Ryan Murphy for creating the project and jokes that he feels like he won a “fan contest” because there’s so many celebs in the crowd.

10:24 p.m. — Best TV Comedy Actress was a repeat as last year’s Rachel Brosnahan (“The Marvelous Mrs. Maisel”) pulls off a well-deserved, yet predicted, triumph. She thanks the Hollywood Foreign Press Association for putting her little show on the map last year — yep, they did! — and then mentions her “entire team at Amazon” for their hard work and dedication. The other nominees are Kristen Bell (“The Good Place”), Candice Bergen (“Murphy Brown”), Alison Brie (“GLOW”) and Debra Messing (“Will & Grace”).

10:27 p.m. — Now it’s time for a biggie: Best Comedy Series! The nominees are “Barry,” “The Good Place,” “Kidding,” “The Kominsky Method” and “The Marvelous Mrs. Maisel.” Last year “Maisel” prevailed, but not this time. “This doesn’t happen to me,” says a dumbfounded Chuck Lorre after “The Kominsky Method” is named the winner. He genuinely does seem shocked and awed to be standing on the Golden Globes stage next to his stars Michael Douglas and Alan Arkin.

10:37 p.m. — Here it is, the final TV award of the night! The nominees for Best TV Movie/Limited Series are “The Alienist,” “Assassination of Gianni Versace,” “Escape at Dannemora,” “Sharp Objects” and “A Very English Scandal.” Just like the Emmys did, the Golden Globes went with Ryan Murphy‘s limited series! Producer Brad Simpson engages the audience with his emotional speech about the need for “love and empathy in our everyday lives.”