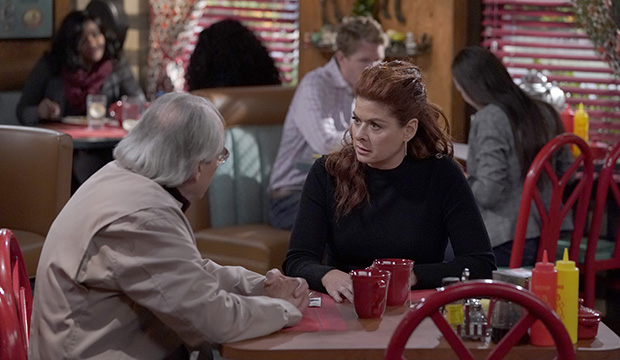 The 30th time was not the charm for “Will & Grace.” With Debra Messing‘s loss at Sunday’s Golden Globe Awards, the NBC sitcom has now extended its losing streak to an abysmal 0-30.

Messing lost Best TV Comedy/Musical Actress to Rachel Brosnahan (“The Marvelous Mrs. Maisel”), who became the first person to defend since Tina Fey (“30 Rock”) 10 years ago. Messing’s was the sole nomination for “Will & Grace” this year, the second year of its revival.

Though it’s one of three shows where the main stars have all won Emmys, “Will & Grace” is the biggest loser at the Globes. During its original run from 1998 to 2006, it accrued 27 nominations, but failed to convert any of them into wins. Last year, it added two nominations, for Best TV Comedy/Musical Series and Best TV Comedy/Musical Actor for Eric McCormack, to bring its losing record to 0-29.

This was Messing’s seventh nomination in the category for “Will & Grace” (she has two more for “The Starter Wife”), and was an unexpected one. She was in ninth place in our nomination predictions, but Messing had a showcase episode in November in which Grace (Messing) told her father Martin (Robert Klein) that his late friend had sexually assaulted her when she was a teenager.