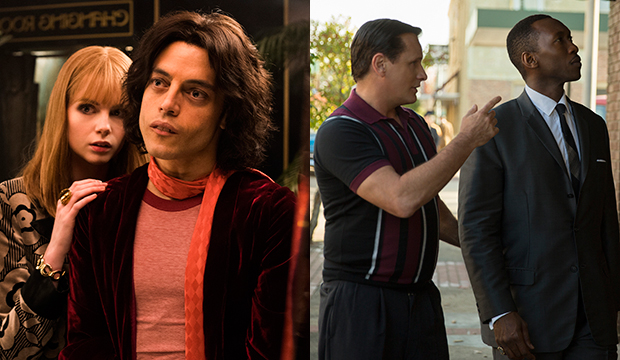 The Hollywood Foreign Press Association anointed “Green Book” and “Bohemian Rhapsody” as the two best films of the year at Sunday’s Golden Globe Awards. The former’s Best Comedy/Musical Film victory was predicted, but the latter’s upset was a stunner, as “Bohemian Rhapsody” was in fifth place in our Best Drama Film odds. So does that mean they’re the two Oscar favorites now? Not so fast.

Since the Globes has two film categories, it has double the chances of presaging the eventual Best Picture Oscar winner. And in its 75-year history, one of its drama or comedy/musical champs has gone on to win the Oscar 50 times, which is about two-thirds of the time.

But look closely at recent history and the HFPA’s and the academy’s choices have diverged just as often as they have aligned. Since 2000, the Globes has only correctly predicted the Best Picture Oscar winner nine times — seven drama champs and two comedy/musical champs. They were:

The Globes went four straight years mismatching with Oscar in the mid 2000s — its longest “wrong” streak ever. And just last year, Oscar crowned “The Shape of Water” over the HFPA’s choices of “Three Billboards Outside Ebbing, Missouri” and “Lady Bird.” Here are all the times they’ve disagreed this century:

These disagreements are a reminder that the Globes, while prominent and influential, is not the academy or the industry. In the cases of “The Social Network” and “Boyhood,” those were the perceived frontrunners until the industry chimed in with guild awards and turned the tides to “The King’s Speech” and “Birdman.” Others are in line with the Globes’ tastes (“Atonement”) or are just films they flat-out loved (“Three Billboards”). We know such was the case with “Bohemian Rhapsody,” but few thought they’d go beyond awarding more than Rami Malek for it.

But it’s far easier for something to win over 90 members in a plurality vote than 7,000-plus members on a preferential ballot, which is what it’ll have to do at the Oscars. Five of these Globe/Oscar splits have come in the expanded Best Picture lineup era.

“Bohemian,” which has defied critical pans and (so far) the controversy over fired director Bryan Singer with a boffo box office, is landing with the industry, scoring a the Producers Guild Award nomination and an ensemble bid at the Screen Actors Guild Awards. “Green Book,” which is also navigating its own controversy after the family of Mahershala Ali‘s character Don Shirley called out the filmmakers for not consulting with them and questioned the film’s accuracy, made the PGA cut and received a Writers Guild Award nomination on Monday. If either of them wins any of those, then it’s time to seriously take them as Oscar favorites.