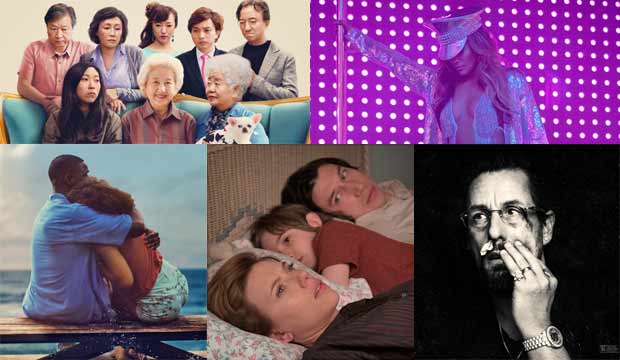 The 2019 Gotham Award nominations were announced on October 24, and though these prizes don’t usually preview the Oscars, there have been times when the prizes have lined up, including three times in recent years when the Oscar came down to the wire. The Gothams picked “Birdman” (2014), “Spotlight” (2015) and “Moonlight” (2016), and then the academy picked them a couple of months later. Will this year’s prizes also turn out to be a Best Picture preview? Make your predictions now in our predictions center.

The Gothams are presented by the Independent Filmmaker Project to the best in indie cinema. But these awards can be tough to forecast since the nominees and winners are decided by small juries with just a handful of members each composed of industry insiders and film journalists. That’s one reason why the winners are more varied than, say, the Independent Spirit Awards, whose voting is open to anyone who signs up to pay their $95 annual dues and whose prizes usually go to the highest profile Oscar contenders in each category.

This year’s Gotham nominees for Best Feature includes one likely Oscar nominee for Best Picture according to our racetrack odds, “Marriage Story,” strong Oscar contender “The Farewell,” and a trio of potential Oscar dark horses: “Hustlers,” “Uncut Gems” and “Waves.” We’ll officially find out what the juries thought when the Gothams are handed out on December 2. Until then, let us know what you think the verdicts will be here.

MAKE YOUR PREDICTION: Which film will win Best Feature?
To save your prediction, you must log in to Gold Derby. Click here to sign in with existing account -- or create a new one.
PREDICTthe Gotham winners now; change them until December 2

Be sure to make your Gotham predictions so that Hollywood insiders can see this year’s contenders are faring in our Gotham odds. You can keep changing your predictions until winners are announced on December 2. And join the discussion on this and more taking place right now with Hollywood insiders in our movies forums. Read more Gold Derby entertainment news.