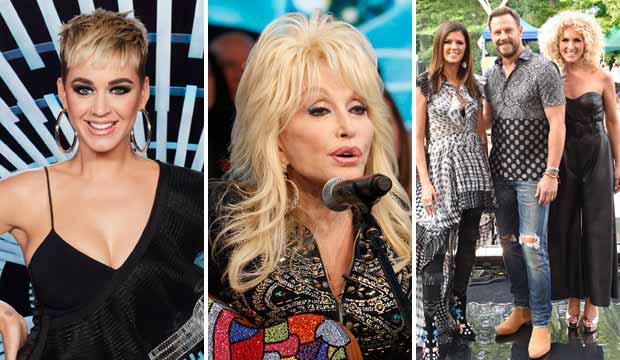 Dolly Parton has been added to the list of performers for the 2019 Grammy Awards. She will perform her new music from the “Dumplin'” soundtrack, but that’s not all. The special tribute segment to Parton will also feature Katy Perry, Little Big Town, Maren Morris and Kacey Musgraves performing some of Parton’s classic hits. This will be Parton’s first time performing at the Grammys telecast since 2001.

Parton was just nominated for a Golden Globe for her song “Girl in the Movies” from “Dumplin’,” and she has won eight Grammys over the course of her career. Her most recent Grammy victory was actually for one of her time-honored classics: “Jolene,” which she performed with the a cappella group Pentatonix, winning her Best Country Duo/Group Performance in 2017.

Morris, Musgraves and Little Big Town are all nominees this year. Musgraves is up for four awards including Album of the Year for her critically hailed “Golden Hour.” Morris contends five times including Record of the Year for her pop crossover hit “The Middle” with Zedd and Grey. And Little Big Town is up for Best Country Duo/Group for “When Someone Stops Loving You,” which they have won three times before.

Perry has no Grammy nominations this year, but she has accumulated 13 bids over the course of her career. Perhaps surprisingly, she hasn’t actually won any of those, which ties her for 11th place on the list of the most nominated artists in Grammy history without a single win.