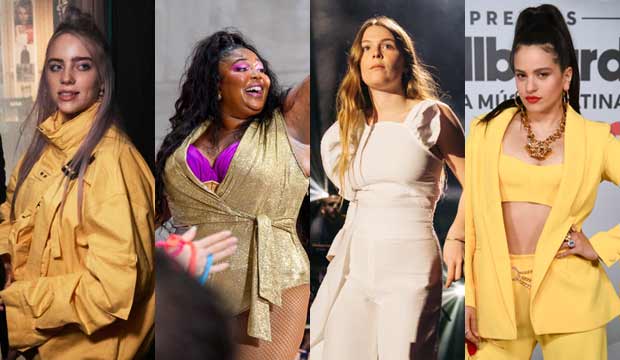 It’s hard to imagine the Grammys overlooking breakout stars Billie Eilish and Lizzo in the Best New Artist race. They could actually make history by both sweeping the general field nominations. But in an especially competitive year for new artists, who will claim the other six slots in the category?

Rogers is the kind of solo female singer-songwriter this category tends to love, from Sheryl Crow (1995) to Norah Jones (2003) to Alessia Cara (2018). But so is Eilish; in another year Rogers might have been one of the front-runners, but Eilish may overshadow her this time. Lil Nas X is responsible for 2019’s biggest hit (Record of the Year contender “Old Town Road“), but sometimes Grammy voters are reluctant to nominate newcomers with one big hit; Gotye and Hozier were snubbed from the category even with general field-nominated hit songs “Somebody That I Used to Know” and “Take Me to Church,” respectively.

Capaldi has the respectable-singer-songwriter vibe of past winners John Legend (2006) and Sam Smith (2015), but he too might be vulnerable if the nominations review committee doesn’t see potential in him beyond his breakthrough hit “Someone You Loved.”

Rosalia could benefit from the booming Latin American market and her increased notoriety since winning and performing at the MTV Video Music Awards in August. She’s already a two-time Latin Grammy winner and a current Latin Grammy nominee, so she’s already a favorite in the industry.

Megan Thee Stallion is probably disadvantaged by having to go up against Lizzo. The Grammys have been slow to embrace female hip-hop stars, but having eight slots in the category means there could be room for two female rappers in this town.

And the Grammys usually reserve a slot for a breakthrough country act — like Brandy Clark in 2015, Sam Hunt in 2016, Kelsea Ballerini and Maren Morris in 2017 and Margo Price in 2019 — and Childers could be the beneficiary of that this year.

But there are dozens of other artists — including country artists — in the running for this prize, and big surprises are common in the Best New Artist race (Skrillex in 2012 and Courtney Barnett in 2016, just to name a couple). Do you agree with our forecasts for the top eight? Who are we overestimating? And who are we seriously underestimating?