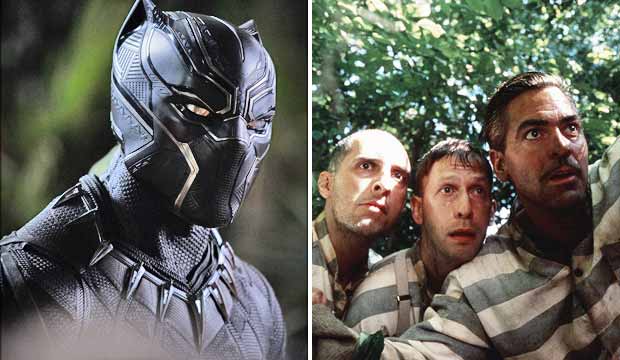 Soundtrack songs used to be quite popular in the Grammy race for Record of the Year, but soundtracks themselves have never been that successful for Album of the Year. In fact, only three have ever won the top prize from the recording academy: “Saturday Night Fever” (1979), “The Bodyguard” (1994) and “O Brother, Where Art Thou?” (2002). But this year there’s a good chance for a fourth: “Black Panther” is one of the top contenders to win.

“Black Panther” features various artists including The Weeknd, Khalid, Anderson Paak and more, but it’s primarily identified with Kendrick Lamar, who is a featured artist and producer on multiple tracks, and also a co-writer on every song. If the album does win it will have a lot to do with the eagerness of the recording academy to finally reward Lamar in the top category following his nominations and controversial losses for “Good Kid, M.A.A.D City” (2014), “To Pimp a Butterfly” (2016) and “Damn” (2018) — that last album even won him a Pulitzer Prize.

But Lamar has to face not only the Grammys’ usual bias against soundtracks but against hip-hop music. Only one rap album has ever won Album of the Year in the past: “Speakerboxxx/The Love Below” by OutKast (2004). However, much like the motion picture academy has done, the recording academy has responded to criticisms over a lack of diversity by expanding its voting membership, and also by expanding the general field categories to eight nominees apiece. So just like how the diversifying Oscars ushered in historic Best Picture winners like “12 Years a Slave” (2013) and “Moonlight” (2016), so too could the Grammys recognize an album like “Black Panther.”

As of this writing “Black Panther” is locked in a neck-and-neck battle with Kacey Musgraves‘s “Golden Hour,” according to the predictions of Gold Derby users. Both albums are tied with leading odds of 5/1. The Expert journalists we’ve polled are divided, and so are our Top 24 Users and All-Star Top 24 who had the best Grammy predictions scores in recent years, though most groups give a slight edge to Musgraves. But it’s difficult to get the lay of the land with the potential for voting to be split eight ways instead of just five. Might that finally be the winning formula for Lamar?