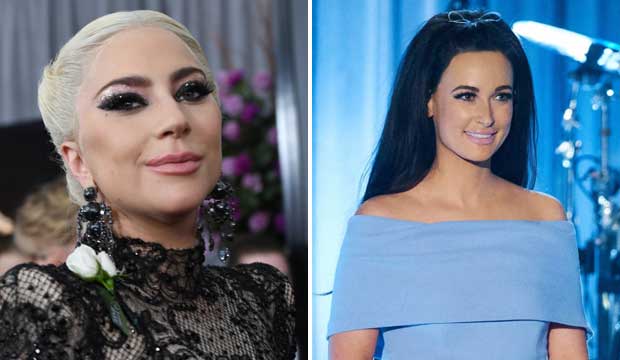 Despite controversies surrounding female musicians last year and this year, it looks like women will dominate the Grammys on Sunday night, February 10, according to the combined predictions of thousands of Gold Derby users. That includes a clean sweep of the top four general field categories, and plenty more down below. Scroll down for our predicted winners in 32 categories sorted by artist.

The two biggest winners according to our racetrack odds will be Lady Gaga and Kacey Musgraves. Gaga earned five nominations this year, and she’s tipped to win four of those, all of them for her “A Star is Born” love ballad “Shallow”: Record of the Year, Song of the Year, Best Pop Duo/Group Performance and Best Visual Media Song. That would bring her career total to 10 Grammys.

Most of the other artists we’re predicting in multiple categories are women too. R&B breakout star H.E.R. is the favorite for Best New Artist and Best R&B Album for her self-titled compilation. We’re also betting on Beyonce in two R&B categories alongside Jay-Z: Best R&B Performance (“Summer”) and Best Urban Contemporary Album (“Everything is Love”). And despite a recent clash with producers over her would-have-been Grammy performance, Ariana Grande is expected to collect her first career trophies: Best Pop Solo Performance (“God is a Woman”) and Best Pop Album (“Sweetener”).

SEEIt’s official: Lady Gaga will perform at the 2019 Grammy Awards

These forecasts aren’t comprehensive, of course. There are 84 total categories being handed out, so there are 52 that aren’t in our predictions center. That includes the American roots field, where one of this year’s most nominated artists, Brandi Carlile, could sweep. Carlile was a surprise nominee for Album, Record and Song of the Year, so she could give Lady Gaga and Musgraves a run for their money when it comes to the top winners of the night.