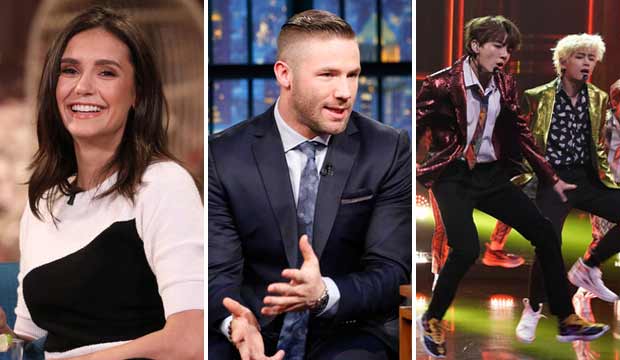 That list includes a number of Grammy nominees and winners from the music industry, but comedian Newhart was actually one of the earliest Grammy winners ever awarded. He won Best New Artist at the third annual awards in 1961, which made him the only comedian ever to win that prize, and he was also awarded Album of the Year for “The Button-Down Mind of Bob Newhart,” which was one of only two comedy winners in that top category.

Alessia Cara and Meghan Trainor are also members of that Grammy-winning Best New Artist club, though for more traditional singer-songwriter efforts. Country breakout Luke Combs could join that list this year. Rapper Eve, singer John Mayer and rapper/producer Swizz Beatz (aka Mr. Alicia Keys) are also past Grammy winners. Julian Edelman is a winner too, but of a different kind: he just won the Super Bowl as a wide receiver for the New England Patriots.