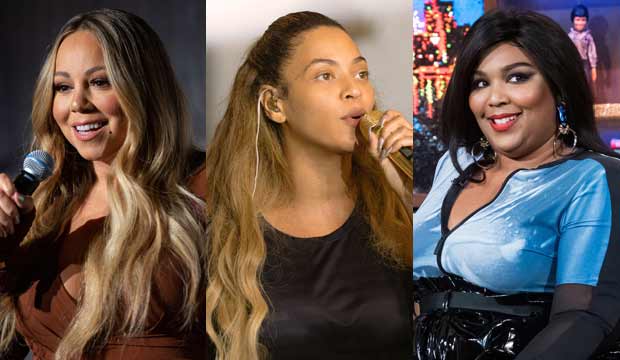 Nominations for the 62nd Annual Grammy Awards will be announced on Wednesday, November 20, and it has been an especially good year for R&B thanks to new music from a series of rising stars like Khalid, Ari Lennox, Ella Mai, Anderson Paak and H.E.R., not to mention R&B mainstays including Fantasia, Raphael Saadiq, Mariah Carey and India Arie. And it wouldn’t be the Grammys without Beyonce, who released not one but two albums this year (“Homecoming: The Live Album” and “The Lion King: The Gift“).

Here are the top seven contenders who I think have the strongest potential to clean up in the R&B field this year.

Beyonce
Grammy History: 23 wins, 66 nominations | R&B Field: 18 wins, 30 nominations
As the most nominated woman in Grammy history (and the second most awarded, behind Alison Krauss), Beyonce has proven that she’s an all-time great in the eyes of the recording academy. In fact, Beyonce has received a nomination in 16 of the 19 years since her first Grammy bids with Destiny’s Child back in 2000. With stats like that, expect to see Beyonce rack up nominations for Best R&B Performance for “Before I Let Go,” Best R&B Song for “Brown Skin Girl” and Best Urban/Contemporary Album for “Homecoming.”

Mariah Carey
Grammy History: 5 wins, 34 nominations  | R&B Field: 3 wins, 10 nominations
The living legend returned to her contemporary R&B roots with her 15th studio album, “Caution.” The album received universal acclaim from critics as perhaps her best since 2005’s “The Emancipation of Mimi,” which earned that singer her first Grammy wins in the R&B field. So look for Carey to rack up a nomination for Best R&B Album this year.

SEEMariah Carey’s ‘Merry Christmas’ will get a 25th anniversary re-release – will it finally get ‘All I Want’ to number-one?

H.E.R.
Grammy History: 2 wins, 5 nominations  | R&B Field: 2 wins, 3 nominations
At last year’s Grammys H.E.R. was one of the breakthrough artists of the year, earning five nominations including a surprise Album of the Year bid. She won twice in R&B categories, and since those Grammy wins, she has been recognized by  the NAACP Image Awards, MTV Video Music Awards and BET Awards. Anticipate the lovefest to continue this year as H.E.R. could earn nominations for Best R&B Performance and Best R&B Song for “Could’ve Been.”

Ari Lennox
Grammy History: Never nominated
Over the years the Grammys have showered R&B newcomers like Jazmine Sullivan, the aforementioned H.E.R., BJ the Chicago Kid and SZA with nominations throughout the R&B field. Expected newcomer, Ari Lennox to continue that trend as a possible contender for Best R&B Album for “Shea Butter Baby” and Best R&B Performance for the title song.

Lizzo
Grammy History: Never nominated
2019’s Cinderella story, Lizzo proved that hard work pays off. She released her third studio album “Cuz I Love You” in April of 2019. Despite having radio friendly cuts like “Tempo” and “Juice,” it was her track “Truth Hurts,” recorded back in 2017 that turned her to a superstar, topping the Billboard Hot 100 singles chart for seven weeks. Assuming she’s nominated, bet on her as the front-runner to take home Best Urban/Contemporary Album.

Raphael Saddiq
Grammy History: 1 win, 15 nominations | R&B Field: 1 win, 14 nominations
Grammy-winning and Oscar-nominated singer/songwriter Saadiq released his most personal album to date, “Jimmy Lee,” after an eight-year absence. As a respected musician who worked with the likes of Mary J. Blige, D’Angelo, Whitney Houston and The Bee Gees, he’s likely to be embraced by the industry in a big way with nominations in Best Traditional R&B Performance for “Something Keeps Calling” and Best R&B Album for “Jimmy Lee.”

Demi Lovato ('Anyone') gave the best performance at the 2020 Grammys, according to music fans [POLL…

Still mad about Oscars snubbing Beyonce and J. Lo? Here's how to get revenge ... and justice

Beyonce snubbed by the Oscars ... again: 'Spirit' from 'The Lion King' misses the cut for Best Original…

Mariah Carey makes MORE Billboard history, but where does 'All I Want for Christmas' rank among her #1s…

Lizzo ('Truth Hurts'): Will she be 100% that Grammy winner for Record and Song of the Year?