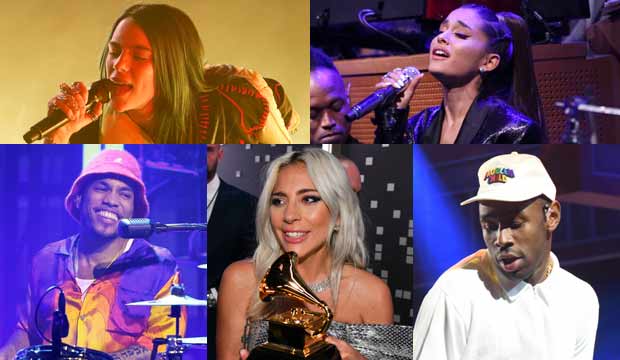 This eligibility year is shorter than usual. The Grammys used to award music released from October 1 to September 30 of the following year. But this year the window closes a month early on August 31, which means these awards will honor just 11 months worth of music. Starting next year the eligibility period will run from September 1 to August 31. And you can thank the Oscars for those changes.

Usually held at the end of February, the Academy Awards will now be handed out on the second weekend of February, which used to be the Grammys’ slot. To avoid going head-to-head, the Grammys were pushed up to January 26, so the recording academy has pulled back its eligibility calendar to accommodate the new air date.

Just like last year, there will be eight nominees in each of the general field categories, which produced a number of surprises in 2019. The collective predictions of Gold Derby readers were right for five out of the eight nominees: the “Black Panther” soundtrack, “Dirty Computer” by Janelle Monae, “Golden Hour” by Kacey Musgraves, “Invasion of Privacy” by Cardi B and “Scorpion” by Drake. The three that caught us off guard were “Beerbongs and Bentleys” by Post Malone, “By the Way, I Forgive You” by Brandi Carlile and the self-titled album by H.E.R.

SEEEd Sheeran announces new album: Will he get Grammy revenge with ‘No. 6 Collaborations Project’?

Surprises like that are made possible because the Grammy nominations in top categories aren’t determined strictly by a popular vote. After recording academy members cast their ballots, the final contenders are selected by nomination review committees comprising members from all of the academy’s chapter cities. That keeps the awards from being dominated by the highest-profile chart-toppers and opens the door for under-the-radar releases to break through.

Do you think you already know who will be up for top honors? Jump right in and place your first bets so you can say “I told you so” to all the naysayers when you prove them wrong with your savvy predictions.