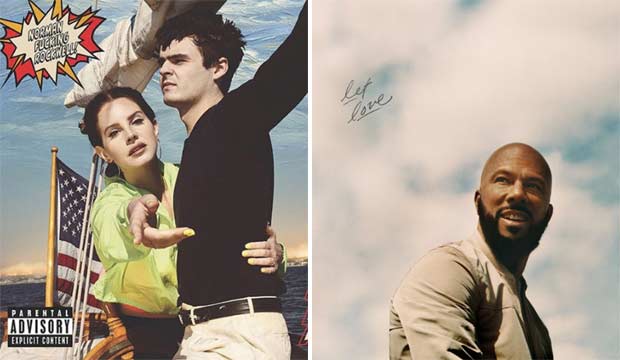 It’s no surprise that there have been a glut of high-profile music releases crowding into the tail end of August. Since August 23 alone we’ve seen new albums from Missy Elliott (“Iconology”), Taylor Swift (“Lover”), Raphael Saadiq (“Jimmy Lee”) and Tanya Tucker (“While I’m Livin'”), to name a few. That may be due in no small part to the new Grammy eligibility deadline, August 31. So on Friday, August 30, we got another batch of big names dropping their latest collections just in the nick of time.

The most acclaimed of those may be Tool, whose “Fear Inoculum” has a MetaCritic score of 89 as of this writing, making it one of the highest rated albums of 2019. It’s the metal group’s first album in 13 years following their platinum-selling “10,000 Days” in 2006. There have been numerous delays since then, but critics are saying it was “worth the wait” and “lives up to its daunting expectations.” The Grammys don’t usually go for heavy metal, at least not in the general field, but the recording academy often rewards veterans and loves a comeback story. Plus the band has two Grammys under its belt already for Best Metal Performance (“Aenema” in 1998, “Schism” in 2002).

Lana Del Rey‘s “Norman Fucking Rockwell” also debuted on August 30. Its current 77 score on MetaCritic is on par with her last album, “Lust for Life,” for which she received a 2018 Grammy bid for Best Pop Album. Reviewers say it has “focus and scope worthy of her lofty repute.” It’s “sultry,” with “gorgeous melodies.” Del Rey has one previous Album of the Year bid under her belt, but it wasn’t for her own work. She was nominated in 2016 as a featured artist on The Weeknd‘s “Beauty Behind the Madness.”

Rapper Common is already a three-time Grammy winner — not to mention an Oscar and Emmy winner — and his 12th studio album “Let Love” was released with a 72 MetaCritic score indicating solid, if not overwhelming, critical support. Some say it’s “captivating” and “personal,” while others argue that it’s “cloying” and needed “a tougher edit.” But Common has been a consistent fixture at the Grammys for the last 20 years, though he hasn’t yet been nominated in the general field.

SEESpecial delivery: Ariana Grande poses with her first Grammy after it finally arrives – ‘Glad I checked the mail’

Grammy darling Sheryl Crow dropped “Threads,” the 11th full-length album for the veteran, who has won nine Grammys including Best New Artist (1995) and Record of the Year (“All I Wanna Do” in 1995). Her one Album of the Year nomination to date was for “The Globe Sessions” (1999). Her latest has a MetaCritic score of 74 and features guest appearances by Brandi Carlile, Eric Clapton, Andra Day, Emmylou Harris, Maren Morris and more. It’s being described as “cathartic” and full of “flair,” though others argue it’s “bogged down” by all its guest stars.

Do you think the cavalcade of August releases will pay off with Grammy nominations? With the general field categories now expanded to eight nomination slots, there are plenty up for grabs.