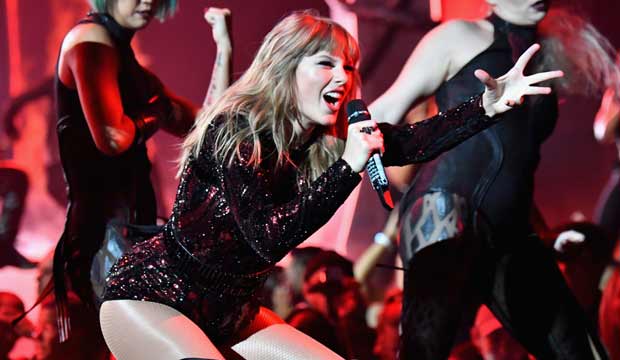 Taylor Swift only has one Grammy nomination this year, but that’s all she needs to make history. If she claims Best Pop Album for “Reputation,” she will become one of the top 10 solo female artists in Grammy history.

Swift isn’t even 30-years-old, but she has already accumulated 10 Grammys, and among those she has already broken records. When she claimed Album of the Year for “Fearless” (2010) at age 20 she became the youngest winner in that category’s history; she was almost two years younger than the previous record-holder, Alanis Morissette, who was almost 22 when she prevailed for “Jagged Little Pill” (1996). Then in 2016 Swift won Album of the Year again for her official crossover into pop music, “1989,” which made her the first woman to win the top prize twice as a lead artist.

Those 10 trophies tie her with a trio of legends for 11th place among solo women: Chaka Khan, Bonnie Raitt and Linda Ronstadt. An 11th win this year would tie her for 10th place with gospel singer Shirley Caesar. But she’d still have a long way to go if she wants to ascend to the top. The most awarded woman in history is Alison Krauss (27 wins), followed by Beyonce (22) and Aretha Franklin (18). Adele and Alicia Keys (15) are tied for fourth place. Then Ella Fitzgerald, Emmylou Harris and Leontyne Price (13) are tied for sixth. And CeCe Winans (12) is in ninth place just ahead of Shirley Caeser.

If you count groups, though, Swift is farther behind. The female country trio Dixie Chicks have 13 Grammys.

But despite being a Grammy darling in the recent past, we’re not currently predicting Swift to win Best Pop Album. The front-runner in that race is currently Ariana Grande (“Sweetener“), according to the combined forecasts of more than 1,000 Gold Derby users. Grande gets leading odds of 71/20, followed closely by Swift with odds of 39/10.

But many of our elite prognosticators think Swift will pull out a win. She’s backed by 7 of the Top 24 Users who got the highest scores predicting last year’s Grammy winners, and by 5 of our All-Star Top 24 who have the best predictions scores when you combine the last two years’ results. So will her “Reputation” precede her, or will she have to wait for another year to join the historic club of female artists?