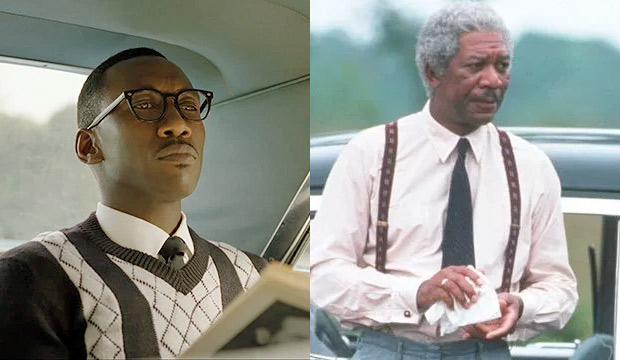 At this year’s Oscars, “Green Book” pulled off a shocking upset when it won Best Picture along with two other awards: Best Supporting Actor (Mahershala Ali) and Best Original Screenplay (Brian Currie, Peter Farrelly, Nick Vallelonga). It also ended up becoming the fifth film in Oscar history to win the top prize without a directing nomination, following in the footsteps of “Wings” (1927), “Grand Hotel” (1932), “Driving Miss Daisy” (1989) and “Argo” (2012). Speaking of “Driving Miss Daisy,” the results of this year’s ceremony feel very reminiscent to 1989.

SEENeedless to say, Spike Lee was not happy about ‘Green Book’ winning the Best Picture Oscar: ‘The ref made a bad call’

“Green Book” tells the true story of Italian-American bouncer Frank Vallelonga (Viggo Mortensen), also known as “Tony Lip,” who searches for new employment after his nightclub closes for renovations. He eventually lands an interview to drive for famed African-American classical and jazz pianist Don Shirley (Ali), and the two travel together through the South, with Vallelonga serving not only as Shirley’s driver for his concert tour, but also his bodyguard.

At the 62nd Academy Awards, a safe race relations film called “Driving Miss Daisy” won Best Picture with no directing nomination, an acting trophy for the passenger (Jessica Tandy) and Best Adapted Screenplay (Alfred Uhry). It also managed to pick up a fourth accolade for Best Makeup. Leading up to the Oscars that year, “Driving Miss Daisy” had won the Golden Globe for Best Film Comedy/Musical, the PGA, and the WGA for Best Adapted Screenplay.

This year a safe race relations film called “Green Book” won Best Picture with no directing nomination, an acting prize for the passenger (Ali), and Best Original Screenplay. Leading up to the Oscars, “Green Book” had won the Golden Globe for Best Film Comedy/Musical and the PGA Award for Best Picture. But that’s not where the parallels end.

While “BlacKkKlansman” only ended up taking home one award, justice was at least served for Spike as he won his very first competitive Oscar for Best Adapted Screenplay along with co-writers David Rabinowitz, Charlie Wachtel and Kevin Willmott. Read what Lee had to say about “Green Book” winning Best Picture.