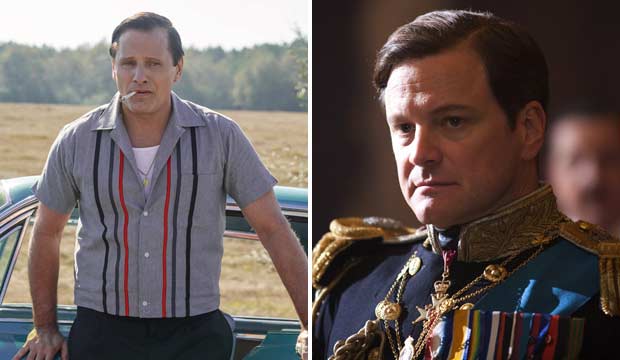 “Green Book’s” surprise Oscar win has been compared to “Crash” in that both films achieved their victories despite mixed reactions to how they handled the subject of race. In terms of subject matter, that comparison fits, but the circumstances also remind me a lot of the “King’s Speech” year: a safer, old-fashioned choice following a string of uncharacteristically bold winners.

In the 2000s Oscar voters went bolder and grittier than normal. “Million Dollar Baby” (2004), a sports movie about assisted suicide, beat the more traditional historical epic “The Aviator.” Subsequent winners like “The Departed” (2006), “No Country for Old Men” (2007), “Slumdog Millionaire” (2008) and “The Hurt Locker” (2009) made it seem like the motion picture academy was moving away from traditional feel-good narratives — even “Crash” fits that mold, whatever your opinion of its quality. “Slumdog” was a feel-good movie, but its cast was relatively unknown to American audiences and it was made with the unique, kinetic style of director Danny Boyle that made it an atypical choice for the academy.

Then bam! “The King’s Speech” beat “The Social Network” (2010). The early critics’ and media awards that year overwhelmingly favored David Fincher‘s “The Social Network,” so it looked like the Oscars’ edgy trend would continue. But when industry awards were handed out it was the traditional historical biopic that dominated: “The King’s Speech” was awarded by the Producers Guild, Directors Guild, Screen Actors Guild and the BAFTA Awards. Then it won the Oscar.

A few years later another edgy, art-house streak started with a victory for “12 Years a Slave” (2013). And after the academy responded to #OscarsSoWhite protests by expanding and diversifying its membership, it looked like that trend might become permanent. “Birdman” (2014), “Spotlight” (2015), “Moonlight” (2016) and “The Shape of Water” (2017) prevailed after that, and none of them looked like the kinds of movies you traditionally think of as Oscar bait. So under those circumstances it made sense that the next Best Picture we’d get would be an unprecedented black-and-white foreign film from an online streaming service.

Then bam! “Green Book” won. It was a controversial throwback that looks less like the winners that immediately preceded it and more like the winners that preceded it 30 years ago, especially “Driving Miss Daisy” (1989). While “Green Book” has been accused of retrograde racial politics, its win might also be attributed to an academy wanting to return stylistically to a comfier, cozier blanket of a movie, the cinematic equivalent of an easy listening station.

SEEOscars minority report: How will a night of historic diversity be remembered after that ‘Green Book’ upset for Best Picture?

That in and of itself might not have been too controversial, but this particular blanket didn’t feel as warm and welcoming to the many who exist outside of that older, whiter, maler demographic the academy has been striving to change.