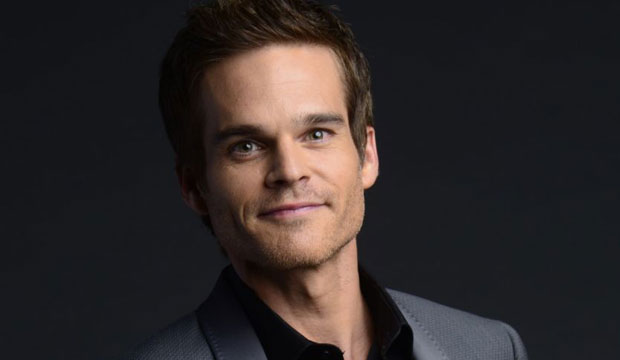 Greg Rikaart recently tweeted, “That’s a wrap” on his role as the devious con artist Leo Stark after a year of causing trouble on “Days of Our Lives.” Could this mean an eventual return to Genoa City? He rose to fame in daytime with his Emmy-winning role as Kevin Fisher on “The Young and the Restless,” and his exit from that show left the door open for a future return. Do you think he should return to his old home? Scroll down to vote in our poll at the bottom of this post.

Rikaart joined the cast of “Y&R” in 2003 as Kevin, the troubled younger brother of Genoa City lawyer Michael Baldwin (Christian LeBlanc). He ended up winning the Emmy for Best Supporting Actor on his first try in 2005 and earned another four nominations for the role (2006-2008, 2018) before leaving the show in 2017 after 14 years. He was written out when Kevin left town with fugitive Chloe (Elizabeth Hendrickson) and their daughter.

Not long thereafter Rikaart popped up on “Days” as Leo Stark, a gay corporate spy scheming against Sonny Kiriakis (Freddie Smith) and coming between Sonny and Will Horton (Chandler Massey). That performance earned Rikaart a sixth Emmy nomination for Best Supporting Actor, which will be decided on May 5. But now that he’s done on Salem, could a “Y&R” return be in the cards? The recent news that the role of Adam Newman has been resurrected recast could open the door. The reason Chloe skipped town was that she killed Adam in a cabin explosion — or at least, she thought she did — so perhaps Adam’s return will bring Kevin back out of the woodwork. What do you think? Vote below.

That’s a wrap on Leo. Thanks for all the love. Playing this role has been a gift. An absurdly fun and delicious gift. #DAYS