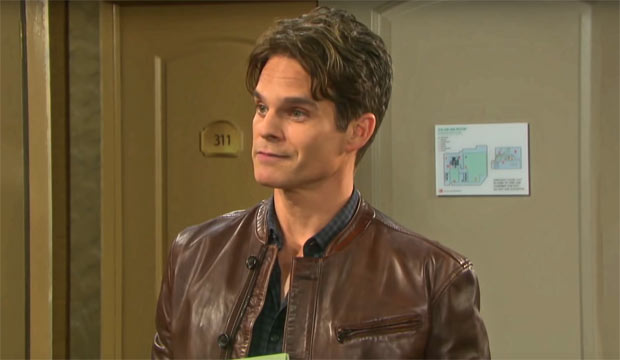 Not long after Greg Rikaart announced he was finished as Leo Stark on “Days of Our Lives,” it was revealed that he would be back on the show that made him a star and won him an Emmy in 2005: “The Young and the Restless.” Are you glad he’s moving back to Genoa City, or do you wish he’d stick around in Salem? Scroll down to see our complete poll results.

Rikaart spent about 15 years on “Y&R” as Kevin Fisher, the ne’er-do-well brother of lawyer Michael Baldwin (Christian LeBlanc). Kevin eventually fell in love with Chloe Mitchell (Elizabeth Hendrickson) and skipped town with her and their daughter after it was discovered that Chloe killed Adam Newman (then played by Justin Hartley) in a cabin explosion.

Well, it was also reported recently that Adam isn’t as dead as we thought he was. Soap opera newcomer Mark Grossman is stepping into the role that Hartley vacated, so the two returns may very well be connected. And 64% of the fans we polled are thrilled for Kevin’s comeback.

But 22% “wish he would stay” on “Days” as Leo, the troublemaking con artist he portrayed for the past year. He’s currently nominated for Best Supporting Actor at the Daytime Emmys for that performance, and it would be historic if he wins. He would be the first actor to win that category for a gay role. And he would be the first openly gay actor to win for a gay role in any soap category.

Between the returns of Adam and Kevin to the show’s canvas and Michelle Stafford resuming her role as Phyllis Summers, 2019 is shaping up to be a big year for “Y&R.” 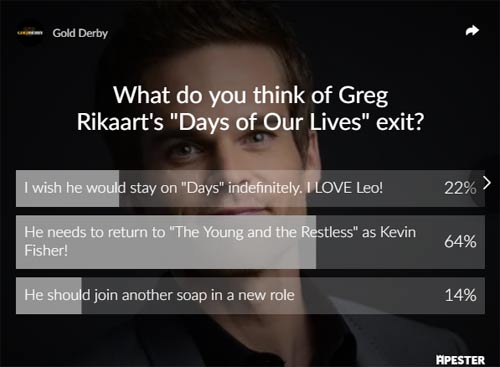